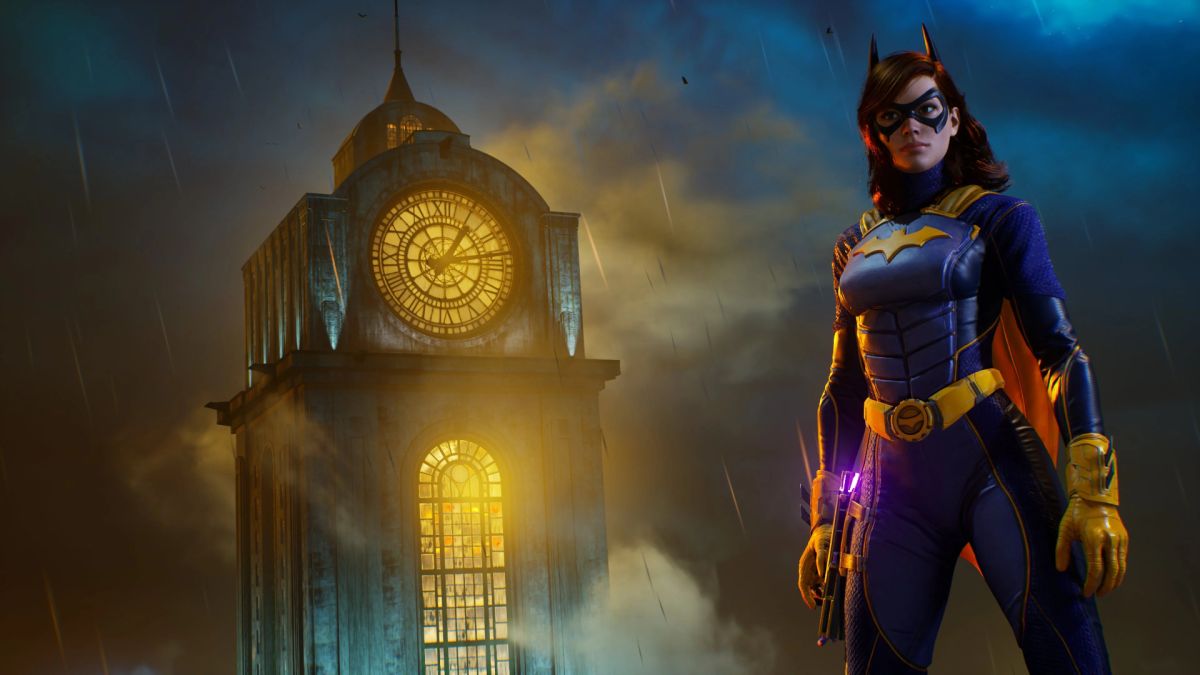 Official E3 is cancelled for 2022, and it sure feels like it could be dead for real this time, although they say it’ll come back). Either way, the E3 schedule lives on in spirit as major publishers host their own independent livestreams.

Alongside them are group events like the Summer Game Fest and our own PC Gaming Show bringing even more announcements. There are still plenty of upcoming games this year to look forward to and we’ll be getting to see a lot of them this summer.

So far, the ‘E3 schedule’ for 2022 looks like it will be a lot more manageable than the last couple years. In 2020 and 2021 events were spread out, making it tough to keep track of when to tune into the games and publishers you were actually interested in week-by-week. So far for the 2022 schedule, early June is the time to watch.

Publisher showcases may wind up getting distributed across the summer as they’re announced, though, and we’ll keep track of all the days and times you need to know right here. Here’s the developing ‘E3’ schedule 2022 and Summer Game Fest schedule:

What to expect:
Sony says that its next State of Play livestream will be “nearly 30 minutes” of announcements and updates with “some exciting reveals from our third-party partners, plus a sneak peek at several games in development for PlayStation VR2.” The last we heard of Final Fantasy 16 was to expect news this spring, so this may be where it will show its face again. Perhaps we’ll hear about the Demon’s Souls remake on PC after that curveball Sony threw us last year.

What to expect:
Geoff Keighley’s now yearly summer showcase event is making a return at an unannounced date and time. E3 isn’t officially happening this year, but a lot of the usual big publishers are confirmed to be partners for this year’s Game Fest. EA, for instance, is not hosting an EA Play event but will be at SGF. The likes of 2k, Activision, Capcom, Gearbox, Bandai Namco, Square Enix, Riot, and more are all showing up in some capacity. This year may reset the tone for whether publishers are happy to send big announcements to SGF or prefer to hold things back for their own livestreams.

Livestream: Saturday, June 11 at 8am Pacific / 11am Eastern / 4pm UK on Twitch and YouTube.

What to expect:
Guerrilla Collective’s indie showcase is returning this year and although we don’t know yet exactly who will be in attendance, we’re expecting trailers for future stars of Steam Next Fests. The showcase has previously pulled in the likes of Sable, Potion Craft, and Loot River, and we can probably expect some equally neat games being announced for the first time during the showcase.

What to expect:
Back again this summer is the show put on by the Wholesome Games, known for spotlighting indie games that are “uplifting, compassionate, cozy”. The teaser for this year’s show includes some familiar games like Ooblets and Coffee Talk along with a lot more cards, cats, and games about taking pictures of stuff, which we’re always up for more of. Wholesome Games also mentions that some will even launch during the showcase on June 11.

What to expect:
Our friends at Gamesradar are also hosting the yearly Future Games Show on June 12, which will focus on games of all platforms unlike our PC-specific show. They will also be sharing first-reveal footage of games from big publishers alongside announcements from smaller developers.

What to expect:
Now that Xbox Games and Bethesda are under the same Microsoft roof, they’ve also paired up for a summer showcase. Between the two, there are a lot of big games we’ll want to hear about. Even though it’s now been delayed, we still think this is when we’ll get a genuine look at Starfield. From Microsoft, there are all sorts of other likely attendees: continued updates on Minecraft and Halo Infinite along with possible looks at Obsidian’s new RPG Avowed or maybe Fable 4.

What to expect:
Oh, the PC Gaming Show? Yup, we’re coming back this summer too with another showcase of never-before-seen gameplay footage from upcoming games. As in past years, we’ll be making game reveals and talking with developers during the show too. You can expect a mix of big reveals from game series you know and smaller games that may be the next indie hit.

What to expect:
Devolver Digital’s yearly showcase livestream seems likely to happen again in 2022. Will we see Devolver’s fictional CEO Nina Struthers make a return? We don’t know, but the publisher certainly has a solid handful of games coming out this year that it will want to show off in some capacity. We may see more of reverse city builder Terra Nil or the roguelike Wizard With A Gun, and almost certainly announcements for yet unseen indie games.

What to expect:
Ubisoft hasn’t yet announced an Ubisoft Forward event for this summer, but we should expect to hear about the publisher’s ongoing games and series in some fashion. It feels safe to expect mention of Assassin’s Creed, Rainbow Six: Siege, and maybe Far Cry. There are also definitely some unknowns it could be bringing to the table. Long in the works pirates game Skull & Bones could finally see the light of day after a recent leak, or perhaps much-delayed The Settlers, oh and there’s Avatar: Frontiers of Pandora too.

What to expect:
A date hasn’t been announced yet, but there’s sure to be a Nintendo Direct at some point during the summer. More often every year, Nintendo’s shows include announcements for upcoming ports and remasters that we know will make their way to PC.

Electronic Arts has confirmed that it isn’t coming through with a big central showcase this summer. “We love EA Play Live as it’s our way of connecting with our players and sharing what’s new with all of you,” it said. “However, this year things aren’t lining up to show you everything on one date. We have exciting things happening at our world-class studios and this year we’ll reveal much more about these projects when the time is right for each of them.”

Previous articlePSA: You Might Not Need To Unbox The New Smash
Next articleSplatoon 2 – Gameplay Walkthrough Part 1

Official E3 is cancelled for 2022, and it sure feels like it could be dead for real this...
Nintendo

Lost Ark has a handful of subclasses that didn't make it over from the Korean version game to the Amazon...

Lost Ark has a handful of subclasses that didn't...

An indignant IT admin, seemingly aiming to prove the...

Elden Ring's official advertisement in Thailand is a bonkers,...

When it comes to puzzle games, there are a...

10 Video Games Fans And Critics Can Never Agree On

Looking at the Marmite of video games. For more awesome...