The story of Irrational, the studio that shut down to 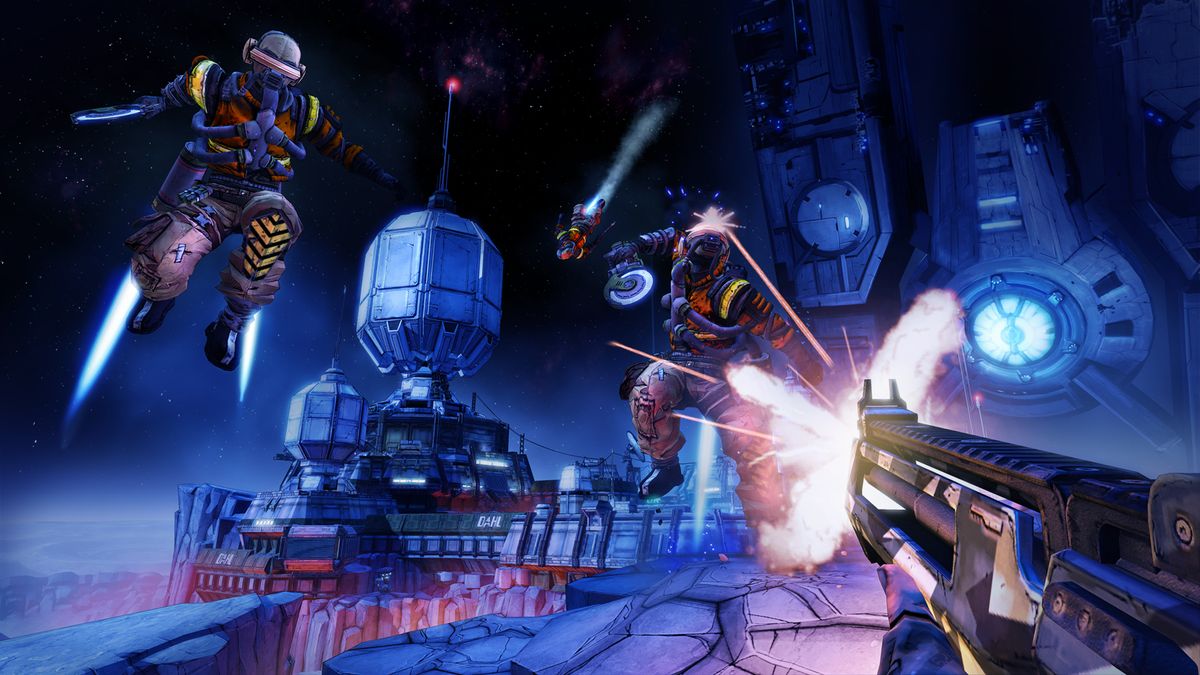 This article first appeared in PC Gamer magazine issue 354, as part of our ‘DNA Tracing’ series, where every month we delve into the lineages behind iconic games and studios.

Why choose the name Irrational? Because, although it would one day be worth millions to a major American publisher, the studio’s founding was not a sensible decision. Jon Chey, Rob Fermier, and Ken Levine had all left full-time jobs at Looking Glass Studios, and only one of them had ever shipped a game. The year was 1997, and so there was no way for a small studio to distribute games independently—they would have to rely on the blind faith of publishers.

It went about as well as you’d expect: within three weeks, Irrational’s first deal was cancelled. The game was FireTeam, a Counter-Strike-style tactical shooter co-designed by Arkane’s Harvey Smith. Irrational had been tasked with developing a single-player campaign, until the publisher decided FireTeam simply didn’t need one.

No sooner had they left, the founders of Irrational returned to Looking Glass with, if not their tails between their legs, then their caps in their hands. Irrational’s old bosses allowed them a shoestring budget, a single tiny room, and handed them System Shock 2 as a first project. It was the kind of dream directorship the trio could never have hoped for if they’d stayed put. An irrational game.

System Shock 2, when it hatched, reflected the environment it was incubated in. Looking Glass was a university for cerebral game design—at one point literally, with short-lived internal lectures. It valued first-person immersion, slow-burning atmosphere, and non-linear storytelling. And in the course of making System Shock 2, those became Irrational’s values too.

Ironically, Irrational turned out to be the more sensible studio. Where Looking Glass stretched itself too thin across self-funded projects, Irrational took on licensed work from publishers. It learned to funnel its values through the prism of mainstream shooters, turning multiplayer FPS Tribes into a single-player thriller about a multi-generational cycle of revenge. It’s a theme that would come around again in Bioshock Infinite’s Comstock family—who, as central character Elizabeth concludes, are doomed to exploit and be exploited by each other.

Even SWAT 4, a straightforward-seeming squad shooter sequel, was encoded with Looking Glass DNA. Levine had been a key designer in the early development of Thief, which starved players of information, forcing them to lean in and soak up the dense atmosphere. SWAT 4 was much the same. Although it was an anti-stealth game—about checking shadowy corners rather than occupying them—the incomplete minimaps and limited visibility of its detached homes and tenements left players tense and cautious. As with System Shock 2’s Von Braun, SWAT 4’s levels felt lived in, domestic spaces turned dangerous. It was a game that proved FireTeam’s publisher satisfyingly wrong—Irrational could make a single-player tactical shooter, and make it essential. shooter territory as it could. Knowing that Thief’s Dark Engine could barely muster a machine-gun, let alone match the performance of Quake, Irrational stuffed its debut with class-based abilities and an economy that led players to carefully manage their character development and resources. The result was arguably the first FPS-RPG.

When it came time to follow up Shock, Irrational pushed in the opposite direction, eschewing D&D stats and ammo restrictions in favour of a more accessible adventure. Bioshock went harder than ever, however, on the studio’s narrative ambitions. Levine had already established himself as a voice of skepticism against extreme ideology of all kinds; in System Shock 2, the target was The Many, a hivemind that skewered the dehumanising potential of collectivism.

For Bioshock, he tackled the other end of the spectrum, exploring a version of free-market libertarianism that glorified individual enterprise. This dystopian thought experiment was named Rapture, and Irrational’s experiment paid off—Bioshock was a hit that almost anyone could pick up and play, yet didn’t talk down to its huge audience. It politicised a generation, driving unprecedented traffic to Ayn Rand’s Wikipedia page.

Like many studio success stories, Bioshock locked Irrational into a path that ultimately doomed it. Bioshock Infinite, proved divisive because it streamlined the formula still further—vanishing systemic triumphs like Big Daddy battles in favour of more scripted shooter thrills. Immersive sim fans began to grumble, measuring the distance Irrational had travelled from its Looking Glass values and frowning in disapproval.

That nostalgia was evidently reflected internally, too. Infinite launched with a ‘1999 mode’, which recreated the harsh resource economy of System Shock 2. And by Burial at Sea – Episode 2, Irrational had regressed all the way to 1998, building a Thief-style stealth game in Bioshock’s engine. Levine drew from the same film noir influence that had inspired his work with Garrett.

If it seemed like Irrational was falling out of love with the mainstream, that was confirmed when Levine announced the end of the studio as we knew it. “It will be a return to how we started,” he said. “A small team making games for the core gaming audience.” To Levine’s surprise, company owner Take-Two Interactive decided not to keep on the vast majority of staff who were surplus to requirements.

There’s been more to Irrational’s story since than most are aware. Jon Chey’s Canberra division, also called 2K Australia, survived long enough to make Borderlands: The Pre-Sequel!—a shooter that recalled the jetpacks of Tribes: Vengeance—before it too succumbed to the changing winds of publishing. Yet half a decade on, Levine’s tiny new venture has yet to bear fruit. There are whispers of a small-scale open-world game, rooted in the idea of ‘narrative Lego’—a repeatable, remixable story, designed to respect player agency as Looking Glass once did. Levine, it seems, has tired of asking us that familiar question, “Would you kindly?”