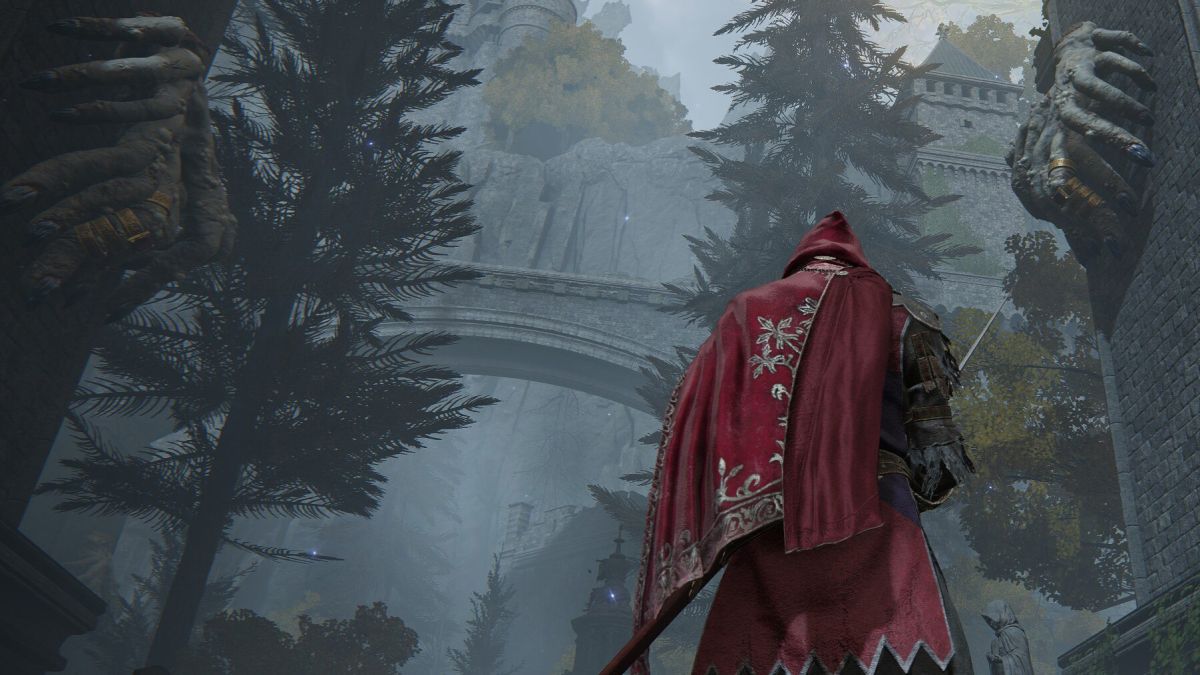 There are monsters in Elden Ring (opens in new tab) that are merely weird, or merely frightening, and then there are the true nightmares. With these horrors, FromSoftware’s designers must have looked back upon their previous works and said, nah, we can do worse.

After many hours of play, these are the enemies in Elden Ring that make our skin crawl, and we’re more likely to run away the second we spot one than stick around to fight. We regret having ever perceived them.

Found in: Caria Manor, Mountaintops of the Giants

Nat Clayton, Features Producer: I don’t consider myself arachnophobic. When a spider ends up in our bathtub I’m usually happy to give it a hand outside. But Elden Ring’s skittery beasties aren’t spiders—they’re something much, much worse.

See, Elden Ring’s creepiest crawlies are in fact severed, skittering hands. Hands that grab, hands that tickle, clawing out your insides with their fidgeting fingers. Small hands that cluster in dark places, massive hands that lurk up walls and burrow underground, with only grubby blue nails to suggest their presence. They’re not even shaped like normal hands, either, instead a fusion of two or three, too-many digits on ambidextrous hands.

That they move as if controlled by big invisible arms is creepy enough, lifted through the air by some malevolent force. But on a more primal level, From Software has finally crafted an enemy that plays on the primal fear of being touched.

Found in: Liurnia of the Lakes, Subterranean Shunning Grounds

What did I do to deserve these hellish creatures?  I’d accept it as some sort of cosmic retribution from years of eating their kind, but the thing is I don’t even like shellfish. I’ll gladly fight Elden Ring’s giants, gargoyles, and immortal warriors, but please make the lobsters leave me alone.

Found in: Rolling around various places, including Night’s Sacred Ground.

Fraser Brown, Online Editor: There are so many weird, gnarly creatures in Elden Ring. Multi-limbed monstrosities, giant-headed hellhounds, evil Burger King cosplayers, beasties with blood-curdling battlecries that make even the bravest Tarnished piss themselves—take your pick. So naturally the most fucked up enemy is this smooth ball that just appears and then rolls over you. Rude!

It’s a sneaky bastard, despite its size. There are several traps that dump magic balls in your way, usually on some stairs or a slope, which sucks, so when I first clocked this evil orb that’s what I thought I was looking at. Then it turned around and chased me around, zigging and zagging to match my haphazard retreat. The trap balls do seem to have a bit of a homing ability, and can move direction, but this was a whole other level of agility. On another occasion, I wandered into an empty room, and just as I read the message on the ground warning me about my impending doom, I spun around to see my old enemy sneaking up behind me, so large it was taking up most of the room. I did not make it out alive.

What even is it? A big sentient ball with a lust for carnage? A mere weapon, under the control of an unseen assailant? And why can I kill it with swords when masonry and rocks normally laugh at my impotent attempts to destroy them?

And look, I think we can all agree, people should be chasing balls, not the other way around. Elden Ring is playing with the laws of nature, and I won’t have it.

I disagree with the inclusion of the Godskin enemies in Elden Ring. They would have been better off as cut content that some dataminer could have found years from now. I don’t appreciate that I have to see them in the game. Lanky guys covered in skin that seemingly does not belong to them. The skin looks like those texture files you see from games that have flattened faces and ears and skin, except intentionally rendered. They stretch and flap and slide all over the place and I don’t like any of it.

You can get the skin as armor too. You can wear the skin of a guy you killed who was wearing another guy’s skin. It’s vile, and if you wear it, you should be arrested.

Found in: Limgrave fields and forts

Lauren Morton, Associate Editor: Killing wolves in every single RPG ever is already my least favorite thing. I’m always required to kill them to collect five wolf pelts to make a cape or whatever and when I smack them with a sword that’s twice their size they make the same sound my dog makes when his ball rolls under a couch—a whine communicating the worst experiences of their respective lives. Elden Ring has wolves I have to kill. It also has zombie-like dogs I have to kill. I would forgive both of those.

But it also has actual giant dogs with beards and collars that I have to kill. I have a giant dog with a beard and a collar! I avoid fighting them at all costs.

Full A Ripple in Time Pokemon Short Starring Pikachu and

The “A Ripple in Time” short that stars Ash,...