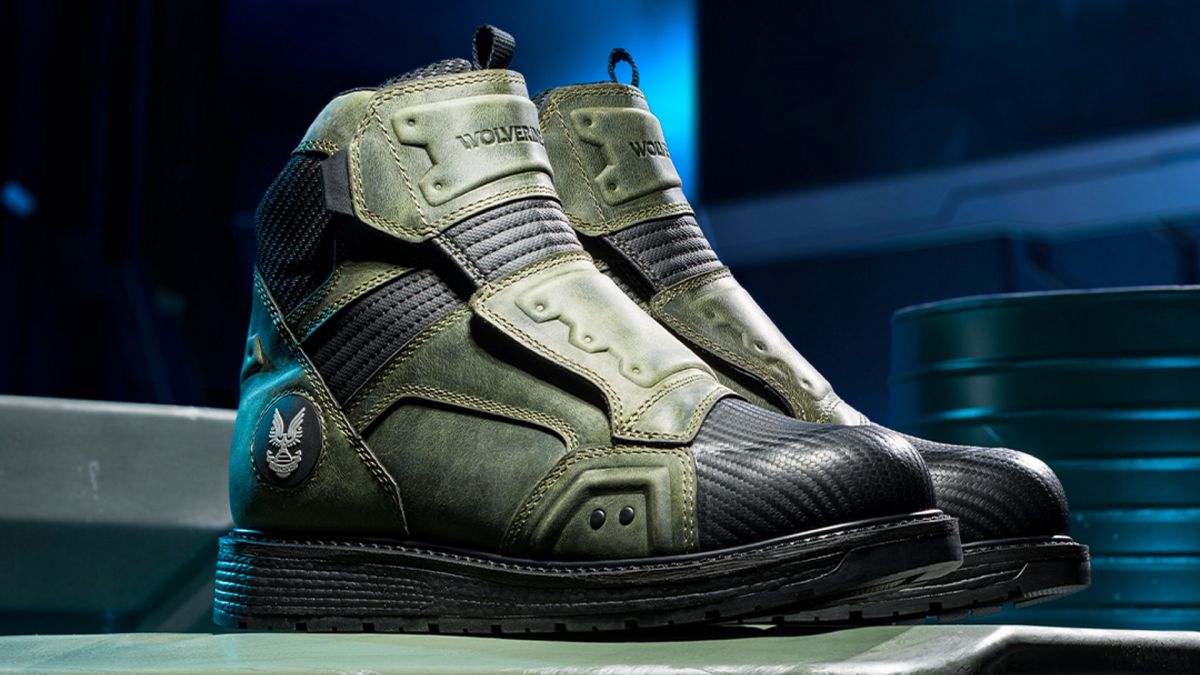 If you have $225 laying around, a need for some new boots, and a commitment to Halo fandom that has an unfortunate tendency to override good sense, then these new Master Chief-inspired clodhoppers from American footwear manufacturer Wolverine might be just the thing.

The new boots, based on Wolverine’s Hellcat boot, are being developed in partnership with Halo studio 343 Industries, a collaboration that came together after fans began pointing out that the gear looked like something lifted from the Halo universe.

“Comments rolled in asking the brand to make the boots a reality,” Wolverine said. “Now, after nearly a year of design and collaboration, Wolverine and 343 Industries are answering the call.”

The boots are Master Chief green (I don’t know what the tone is officially called), appropriately rugged and worn-looking, and emblazoned with 117, the Master Chief’s Spartan number, and the insignia of the UNSC—United Nations Space Command. It also bears the logo of the Materials Group, the division of the Office of Naval Intelligence that developed the Mjolnir Powered Assault Armor worn by Spartans.

“Given our roots in military science fiction, we’ve often heard from our fans that there is an appetite for a boot inspired by the Master Chief. So, when Wolverine approached us about a collaboration, we were ready to answer the call,” said John Friend, 343’s director of Halo and Xbox consumer products.

“The limited-edition boot gives Halo fans a chance to step inside (the boots) to become Master Chief and bring the Halo universe into their everyday life, and we’re eager to see how fans react to the collaboration and forthcoming launches as part of our partnership with Wolverine.”

Alas, the opportunity to “become Master Chief” will be limited to a very, very small number of Halo fans. Not because of the price—really, $225 isn’t an outrageous price for a decent pair of boots—but because only 117 pairs are being made. Wolverine clarified that the boots will be sold on a first-come, first-served basis.

For the record, this is far from the first videogame shoe collaboration to come along in recent years. Razer recently collaborated on Sneki Snek Sneakers (opens in new tab) (which are actually a lot more understated than you might expect), and just this week the Washington Justice of the Overwatch League released a pair of gamer slippers (opens in new tab) developed in partnership with TIME. EA and Puma teamed up for Need for Speed: Shoes (opens in new tab) in 2019, while Call of Duty got together with Adidas and Pusha T for their own fancy footwear (opens in new tab) the same year.

This isn’t even the first set of boots inspired by a Bungie-created mystical super-soldier: That honor goes to these Destiny 2 boots (opens in new tab), created in conjunction with storied shoemaker Palladium. And believe it or not, that tech-shoe synergy works both ways. Here’s a pair of sweet sneakers from RTKFT that’s actually an RTX 3080–powered PC (opens in new tab). It turns out that shoes and PCs are a natural fit.

Wolverine’s Master Chief boots are set to go on sale on March 29. If you want to be notified when it happens, you can sign up at wolverine.com (opens in new tab).

Readers’ Opinion: Which Classic Series Should Return to PS5?

Readers’ Opinion is a place to share your thoughts in...

Image: Nintendo To celebrate the 35th anniversary of The Legend...