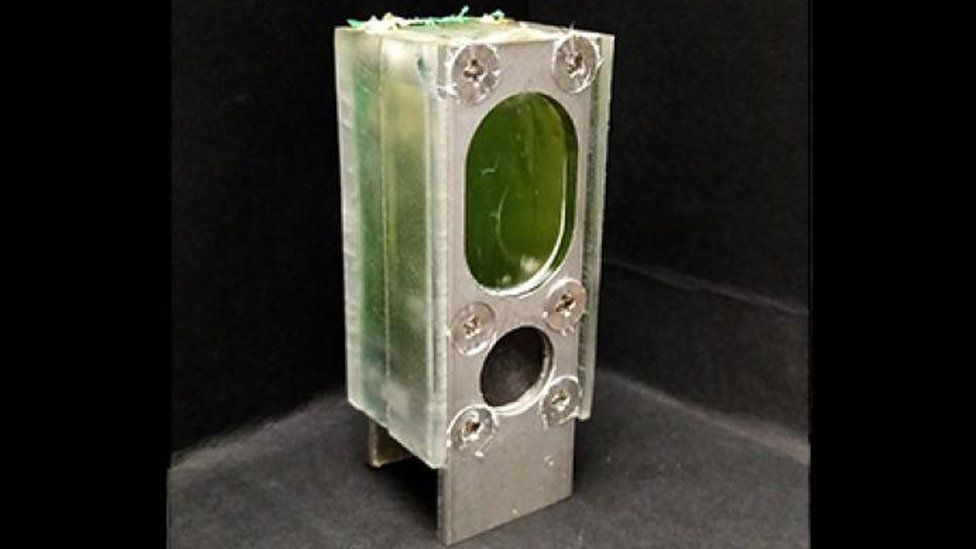 The researchers created a AA battery-sized clear plastic and aluminum enclosure to house the algae and an aluminum anode. The researchers believe the most likely source of the battery’s energy output is electrons produced by the algae as a byproduct of their regular processes. The battery was left on a windowsill in researcher Paolo Bombelli’s home from February to August 2021.

The energy was used to power an Arm Cortex-M0+ (opens in new tab) processor, a low-powered, highly efficient chip often used in “internet of things” applications. The processor ran constant calculations to simulate a normal workload, and also recorded the power output of the algae battery.

It’s unclear how well this technology could scale—don’t expect to replace your power supply with an algae tank any time soon—but this algae-powered, Arm-based computer successfully operated for six months without failure.

The project’s abstract (opens in new tab) cites the sort of internet of things applications the M0+ was designed for as a potential use for this technology, and lab head Christopher Howe believes it could suit “applications where a small amount of power might be very useful, such as environmental sensors or charging a mobile phone.”

So maybe there is hope for running Crysis through algae! Hook one of these bad boys to a Steam Deck (we’ll probably have a mass-market version of the battery just in time for our orders to be fulfilled) and step into the green gamer future. That’s my takeaway from this astounding feat of engineering, anyway.

Some larger-than-life video game concepts actually exist in our real world. Here are some of our favorite examples. Subscribe...
PC

As reported by New Scientist (opens in new tab), a team at Cambridge University, the Howe Lab (opens...
Nintendo

Lila’s Sky Ark is a puzzle-adventure game for the Nintendo Switch. If you like your gaming a little...
News

Epic Games has announced that Coachella 2022 is coming to Fortnite.  This news comes by way of...

Namco finally rolls out the sequel to the PS2...

EA announced that it was working on a Dead...

The walking dead tread new ground in this buggy...

Genshin Impact's 2.5 "When the Sakura Bloom" update has...