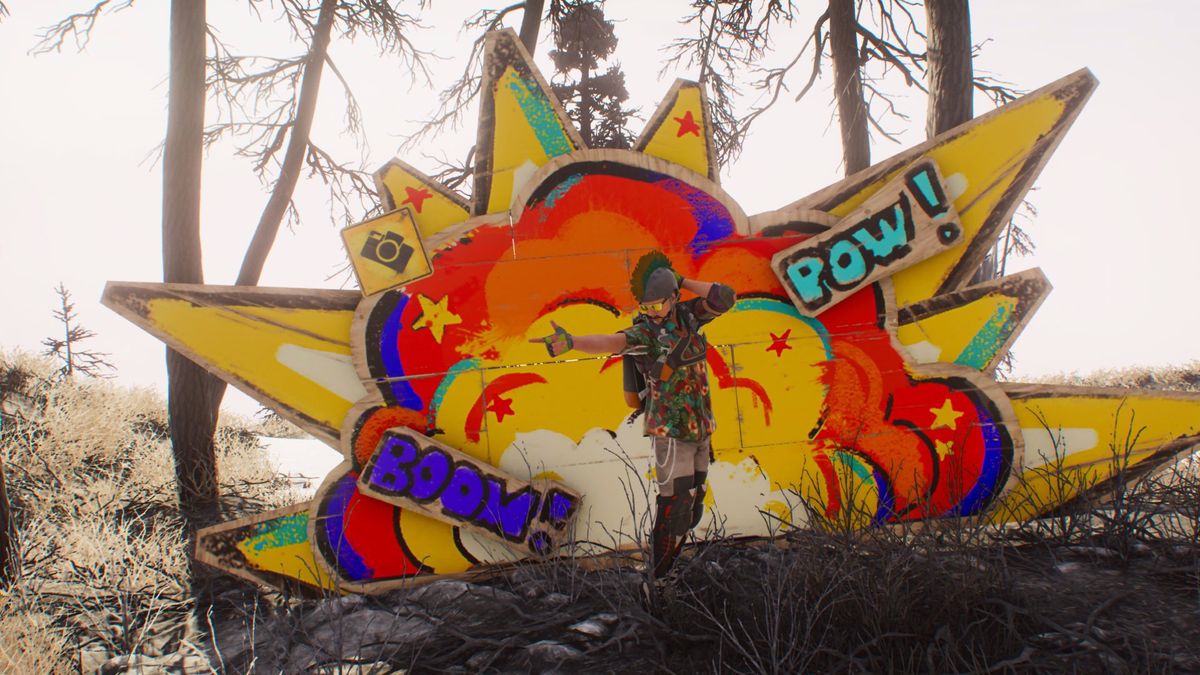 Later this year, Riders Republic players will log into their extreme sports sandbox and be greeted not by idyllic California cliffs and trails, but by grim orange skies choked by smoke. They’ll find that a gas mask has been put on their character. And they won’t be able to access certain map areas deemed “unbreathable” as a result of local wildfires.

In an effort to bring awareness to the issue, Riders Republic will be touched by climate change in a special event later this year that will happen without warning. That plan is outlined by Ubisoft gameplay director Boris Maniora, and is estimated to launch sometime at the end of 2022 or early in 2023.

The event concept was one of several pitched by studios as part of a Green Game Jam by the Playing for the Planet Alliance, a UN-sponsored coalition of game developers. Humble, Microsoft, Sega, Sony Interactive, Unity, and Bandai Namco are among the companies participating, all of which commit to inserting “green nudges into games” and reducing their corporate carbon footprint.

Released on October 28, 2021, Riders Republic mushes together seven American national parks into a contiguous map, including Bryce Canyon, Yosemite Valley, Zion, and Grand Teton. The event description mostly mentions Sequoia National Park, where “players will have to join forces to prevent Sequoias from burning down,” according to Maniora’s pitch for the event. Cooperation will be key, Ubisoft says:

First players will have to identify the most fragile and flammable areas of Sequoia National Park (for example by using the photo mode which will display real-life data automatically integrated into players’ photos in these areas, including the size of past wildfires, projection of future ones, “fragility” level, etc.)

Sequoia National Park is the location of the world’s biggest tree (by volume): General Sherman, a 275-foot-tall giant sequoia estimated to be at least 2,200 years old. Last month, in the face of an estimated 19% of the world’s sequoia population being destroyed by wildfires in recent years, the United States Congress passed the Save Our Sequoias Act, which among other actions promises $325 million over a 10-year period to general reforestation.

Personally I’m interested to see what players will do with Riders Republic’s photo mode during this event—if just one person can replicate the unsettling imagery of golfing while the world burns (opens in new tab), I’ll call this a success.

Later this year, Riders Republic players will log into their extreme sports sandbox and be greeted not by...
Nintendo

For a few days last week, the world felt a bit brighter thanks to the work of one...

Kojima Productions took to Twitter over the weekend to...

When classic PlayStation games were confirmed to be included...

Watch the reveal trailer for the upcoming story-driven interactive...

Remnant: From the Ashes – Gameplay Trailer

Check out the latest gameplay trailer for the upcoming...

The Longest Road on Earth Review

At this moment in time, I am deep into...