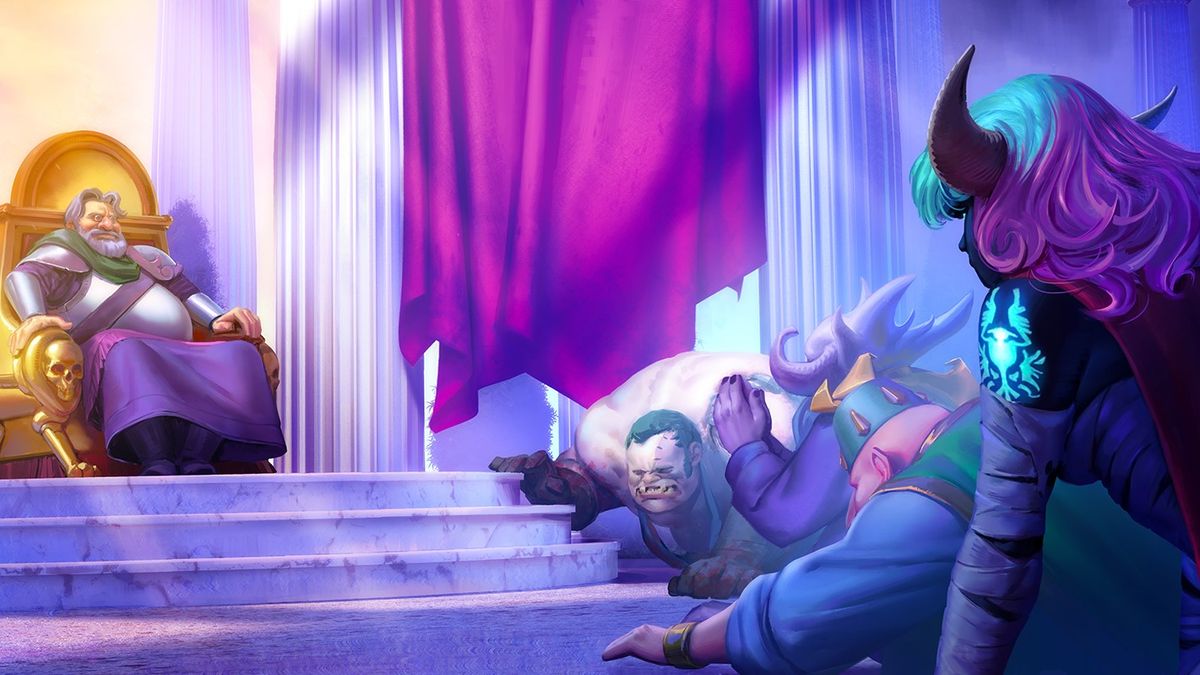 In early 2019 Dota Auto Chess singlehandedly invented a new genre that every MOBA developer wanted to copy. Auto Chess took the fun characters from MOBAs and put them in a much more approachable, high-level strategy game. It was a breezy time-waster, and you didn’t need hundreds of hours of practice to be good at it. As the Auto Chess designers spun away from the confines of their Dota 2 custom game, Valve built Dota Underlords, Riot launched Teamfight Tactics and Tencent took multiple shots at the target. But if you take away the graphical differences between these games, they’re mostly indistinguishable.

The formula never changed much, which may be why autobattlers faded almost as quickly as they appeared. But they’re not dead yet: two Dota 2 casters have built a new autobattler custom game that has caught the attention of the Dota community. If it were a standalone game, Ability Arena (opens in new tab) would have consistently ranked in the top 100 games on Steam over the past week.

Ability Arena started its journey when Shannon “SUNSfan” Scotten, a top Dota 2 caster and one of the devs behind Ability Arena, found that after playing Atomic War, another popular autobattler custom game, he was getting genuinely annoyed by some of the mechanics, and wanted to do something about it.

“I came to realise that it was just their design choices [I didn’t like]” says Scotten.”I got so upset, I needed to make a different version of this game. But obviously, it needed to be unique enough to stand on its own.”

This led to Scotten coming up with a basic idea for Ability Arena: In most autobattlers you build synergy between units of the same or complimentary classes, but in his design you’re instead trying to build incredibly powerful combinations of Dota 2 spells to put on your units. The only other synergies to worry about come from the God you play that gives one unique bonus to a unit or your entire team—and of course how you position your heroes. Scotten took the idea to fellow caster Andrew “Jenkins” Jenkins.

“I had this fantasy of making games and having people test them and seeing them fall for our traps and enjoy it,” says Jenkins. “Like when you design something in a way where people figure out that they can combo with this thing, and then you see that somebody actually does that without you telling them. That’s the sort of thing I wanted to do and I think [Scotten] shared the same vision or fantasy.”

Neither was a total newcomer to the development world, with Scotten having made a couple of mildly successful custom games and Jenkins having a keen interest in game design. But the odds of a new autobattler taking off weren’t great.

The pair recruited a small team to help execute their vision and had a playable version of Ability Arena ready within three months. They opened it up to a private testing group, but around this time they hit a slight issue: their version of the tried-and-tested class system that every other autobattler has… sucked.

“We had a class system early on in alpha called Elements where each spell had their own element, and then if you had enough of them, you’d have a buff of some kind,” says Scotten. “We had that internally for a month, and people hated it so much. Having elements actually made it too complex.”

Ability Arena was too difficult to understand with Elements added on top. Currently every spell in Ability Arena has two upgrades, the highest level of which is known as a ‘Gaben’ in tribute to Gabe Newell. With 150 base spells in the game there are 450 total variations, which is hard enough to learn. Especially if you haven’t played Dota. When you added in trying to figure out Elements, another entire system, Ability Arena became so complex that players would need massive planning time between rounds.

It was “unplayable,” according to Jenkins, and eventually they made the decision to cut the Elements feature. They refocused on picking and upgrading spells, much like the popular Ability Draft game mode in Dota where instead of picking a hero to play you draft four abilities from a shared pool at the start of the game.

“The Elements conversation, man, I lost so much sleep over that,” says Jenkins. “We had to pick: do we want to be like a regular autobattler, or do we want to pivot to the ability draft side of things? And we kind of felt there was no point just trying to be a better Atomic War because people already like that game. People already like Auto Chess. We need to do something that’s different. We didn’t want to just be like the fucking Spritz Up of Sprite.”

This shift to focus purely on the Dota spells makes Ability Arena feel very different from any other autobattler. While the baked-in assumed knowledge makes it very difficult for non-Dota players to learn, but there is an upside: with 150 spells to pick from it feels like there are so many more viable strategies than in other autobattlers where you often have just 15 or so classes to combine.

It’s this variety that really makes Ability Arena stand out. I almost always try to min max every mechanic when I play a new game (I played three in-game years of Stardew Valley just farming berries to get the most cash possible before I even talked to half the village), yet it feels impossible to do that effectively here. With so many possibilities and the nature of almost every Dota spell having some kind of counter, there isn’t one strategy to rule them all. And if luck isn’t on your side you’ll find yourself having to think up a new plan mid-game way more often than in any other autobattler. Ability Arena also enables the power fantasy every Dota player has for just one more spell to combine with your others to make an unstoppable combo.

The two casters’ inexperience in development has shown in a few areas, most notably when it comes to the monetization and progression systems. Ability Arena is free but features a paid battle pass much like Fortnite popularised, and an in-game currency (gold) that can be used to unlock gods, but neither has quite gone down as well as the dev team anticipated.

“We kind of just guessed what the right numbers would be for the amount of XP you get for the battle pass and the amount of gold you get per game, and we fucked up bad, I’m not gonna lie,” says Scotten. “The XP has been way too much, so people are just flying through the battle pass, which we didn’t want. But they’re also not making very much gold, and they’re not unlocking a lot of gods as a result.”

Fortunately, it’s just one mistake that is tied to monetization and not the actual act of playing the game, which outside of a few bugs and a few questionably balanced spells, is incredibly fun. The pair already have plans to fix most of the issues found since launch a couple of weeks ago, with a balance patch expected anytime now and more gold being handed out already, although the XP changes for the Battle Pass will have to wait until the next season. The impending patch will also include the first new content since launch, with a new god in the form of Bloodseeker and some spell changes.

This kind of update will become a regular occurrence: Scotten says they have content updates fully planned for the next six months, and see this as a long-term project that they hope will sustain its popularity for years to come.

Considering its current player numbers, where it is consistently beating both Atomic War and the original Auto Chess, and at times has the highest player count of any Dota 2 custom game, there is every reason to expect that Ability Arena will continue to be a success—and maybe even give the autobattler a second wind.

Welcome to another episode of The Pure Nintendo Podcast! We start things off with our usual amiibo roundup....
News

Puzzle-solving takes up much of our everyday lives, whether we realize it or not. Cleaning a messy junk...

Epic games' massive battle royale mode is getting a...

Try not to take Epic Dumpster Bear 2 too...

A new video collects and showcases a bunch of...

The Resident Evil 4 remake is one of the...