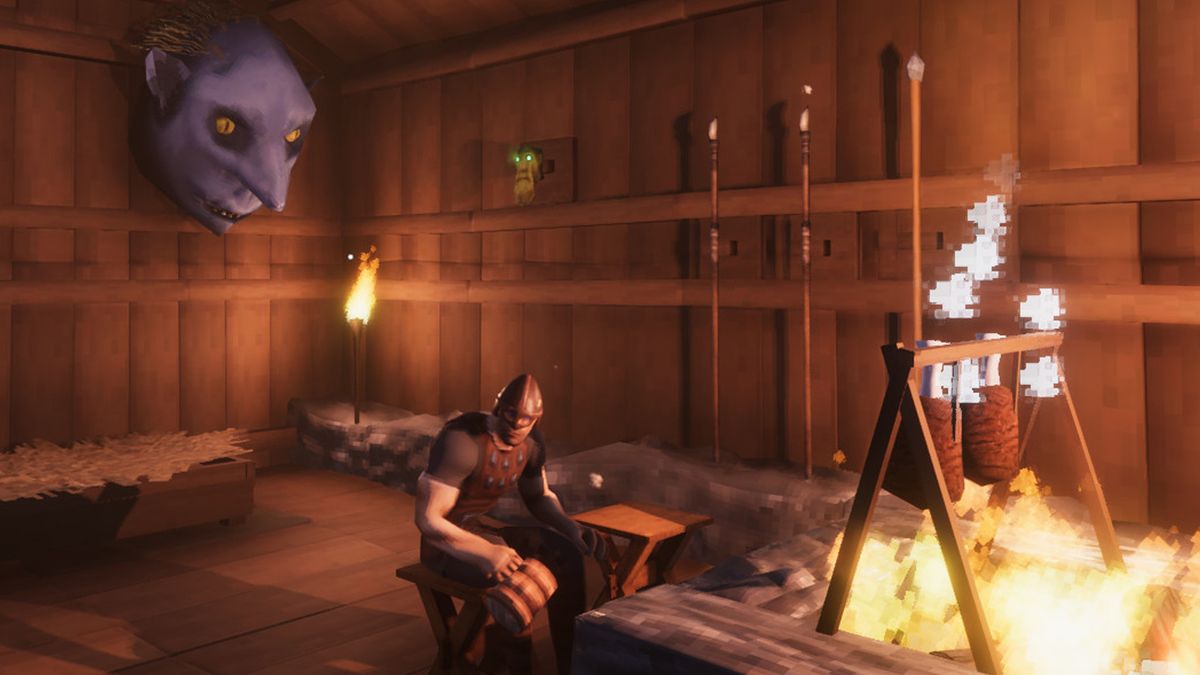 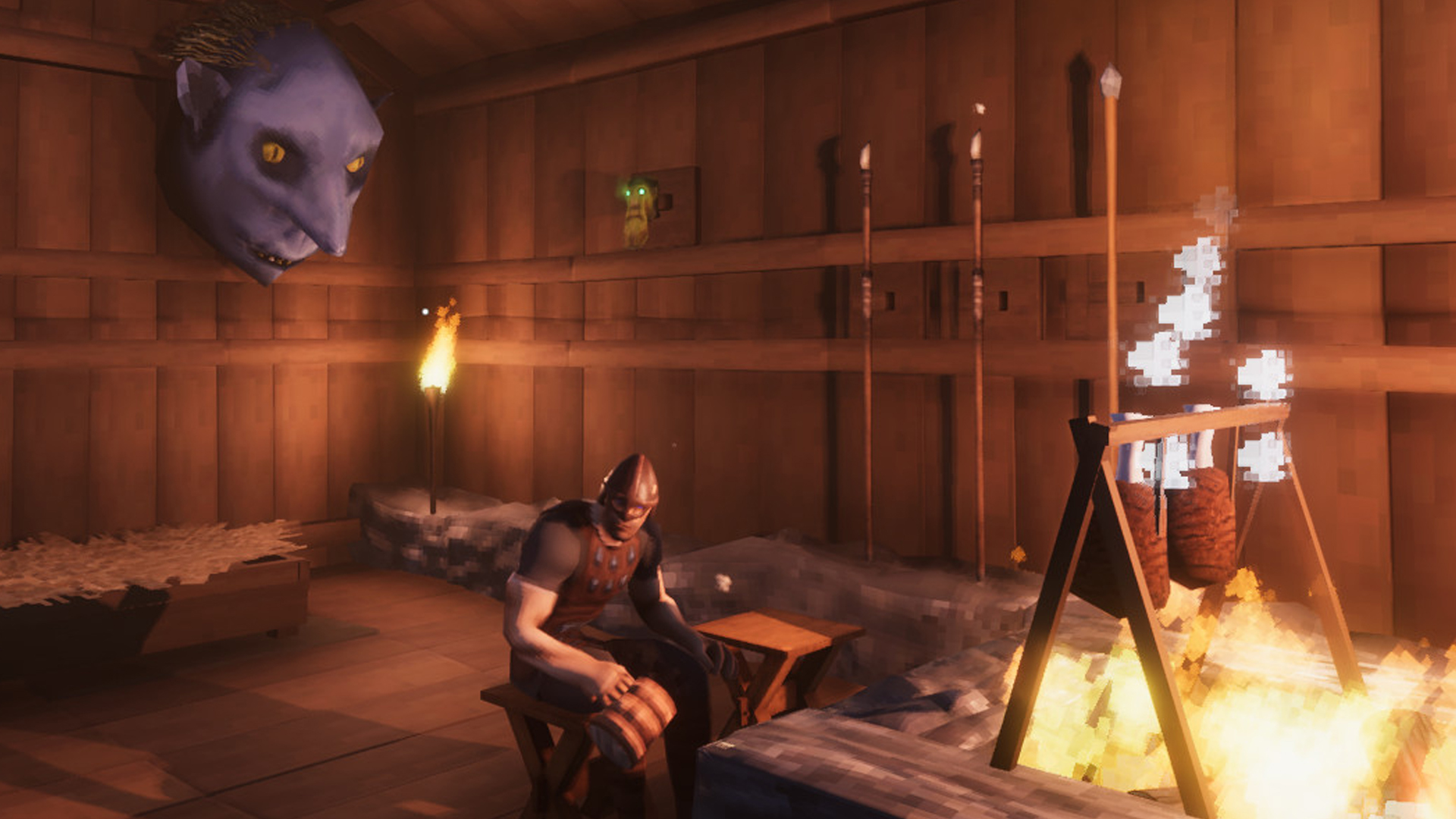 If you skim the list of Valheim mods you’ll notice many, if not most, are bent on making certain aspects of the game easier. There are mods that allow you to take metal and ore through portals, that remove construction height restrictions, that always keep wind in your ships’ sails, and tons more that let players skirt around the edges of Valheim’s systems. Cheats, in other words.

But there are a few people out there interested in making Valheim tougher, rather than easier. Like the modder who decided you should be able to starve to death.

Do you want to starve to death in Valheim? For me, personally, the answer is I’m good, thanks, and I’m sure lots of players would agree. I love that Valheim places a lot of importance on food but doesn’t cause you to drop dead if you haven’t eaten, like many survival games do. It’s one of the things that makes Valheim more approachable. The modder also plans to add systems for broken limbs in the future, and while limping around while starving to death has a certain DayZ feel (and I love DayZ) it’s not the experience I’m looking for in Valheim.

Another of my favorite elements in Valheim is that repairing weapons, tools, armor, and buildings don’t require any resources. A quick whang from your hammer and you can restore your favorite axe or helmet or castle wall to a pristine state. But the Repair Requires Materials mod does away with that lovely convenience. Now if you want to fix something, it’s going to cost you resources.

As repellent as I find the idea, it’s at least been thought out nicely—the amount of materials required is based on the item’s level of degradation (and it’s configurable, so you can tweak it to find a formula you’re happy with). But still, I’m gonna pass. I’m perfectly happy that repairing gear doesn’t mean I have to stop to scavenge up a bunch of resources first.

Other mods make things tougher as a natural part of a more realistic rebalance. For example, one of my favorite things to do in Valheim is to parry an incoming arrow fired by a skeleton or draugr… which staggers the creature that fired it. It’s completely ridiculous, but I love seeing a distant enemy wobble around because I blocked its arrow with my shield. It’s like the draugr is so impressed at seeing my perfectly-timed parry that it’s sent reeling for a moment.

The Combat Evolved mod makes a number of tweaks to combat, including removing the ability to parry-stagger foes who shoot projectiles at you. Booo! (But, yes, I get that this is more realistic, ignoring the fact that you’re fighting giant trolls.) The mod does make some other tweaks too, like reducing the arc of protection smaller shields give you when compared to tower shields.

It’s not unusual for mods to make games more difficult—some of the most popular Skyrim mods add starvation, hydration, exposure, and other survival systems. Upping the challenge can be a great way to start a new playthrough, and I can see a more difficult survival experience being a bonus for players who have defeated all of Valheim’s bosses and are looking for new challenges. Maybe someone with 200 hours behind them would like to face starvation and have to scrounge for extra materials every time they want to repair their pickaxes. They might even want to limp around with broken bones.

For me, though? That’s a big nope. At least for now.

Previous articleDead Island 2
Next articleHalo Infinite: Release Date, Gameplay, and What We Know So

Is life on the high seas packed with booty...

A new collection of PlayStation bags and backpacks from...