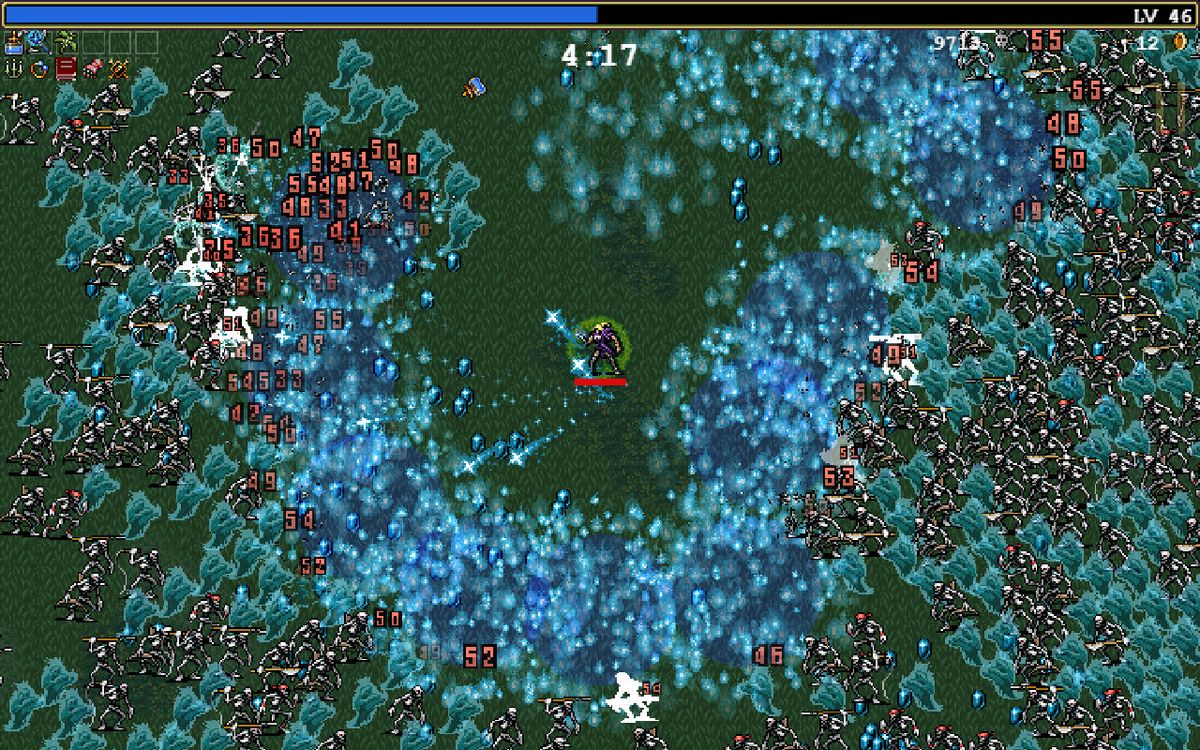 Vampire Survivors, a game we called “the best pocket change you can spend on Steam“, has a proper development roadmap now. In a post on Steam, game creators poncle have outlined what they want to do with the game moving forward. It’s pretty exciting if, like me, you’re mesmerized by the $3 game about killing skeletons and ghosts with weapons you can’t really control very well.

There are nine more characters, five more levels, 16 more weapons, and two more power ups coming. Alongside that, more achievements are coming, as are more Relics, like the recently-released Treasure Map, and Arcanas, which look like tarot deck cards and who knows what they do—but the roadmap says they’re coming in April!

“Thanks to the overwhelming success and support from the players, new content has started to come out at a much faster pace than anticipated and the roadmap has also been expanded significantly. The amount of playable characters planned for version 1.0 of the game has been doubled and so has the number of stages with the introduction of bonus/challenge ones. A dozen new weapons have been designed and a handful of new power-ups thrown into the mix,” says developer Poncle.

It’s a bonkers change from a few months ago, when Vampire Survivors was just a weird cheap game that’s also very fun. Viral success has propelled it into a game with a proper development team that’s going to be playable in a real video game engine. Poncle puts it best:

“When I first launched Vampire Survivors, all I wanted was to have a little game that would allow me to have fun making new game content in my spare time. Thanks to your incredible support and a once-in-a-lifetime surge of luck, the game turned out to be an incredible success instead,” they said.

You can find Vampire Survivors on Steam to enjoy arcade roguelike vampire minion slaying action. You will not survive, for the record, but you’ll have a boatload of fun for very cheap.

Previous articleRound Up: The Reviews Are In For Sonic The Hedgehog
Next article10 HOLY SH*T In-game Moments In Recent Video Games

Is High Moon's homegrown spinoff the next big thing...

Ziggurat Interactive are on a...