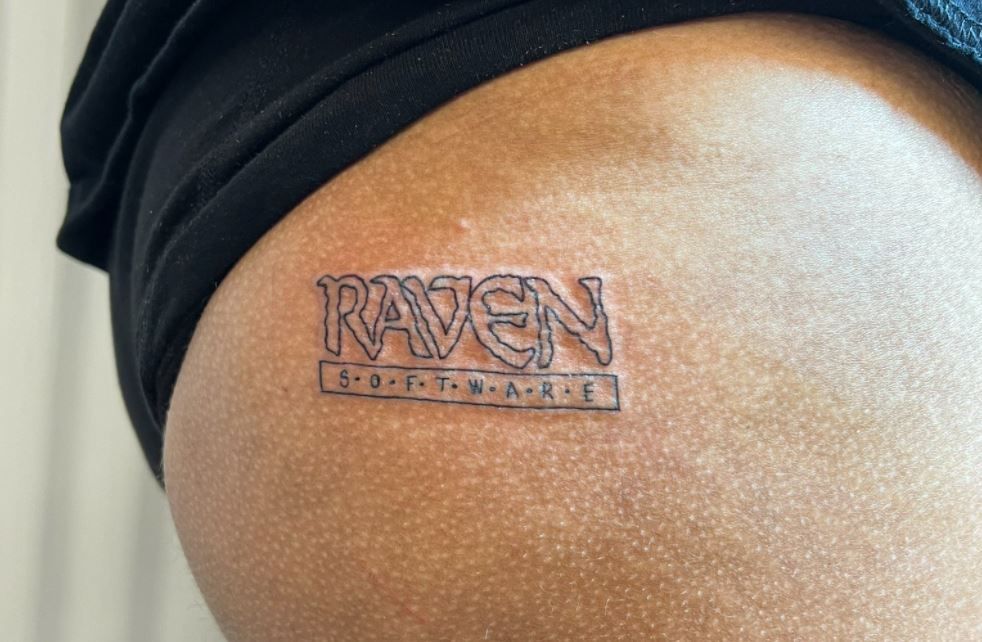 It’s a truth universally acknowledged that when one promises to get an unflattering tattoo on one’s arse in return for a favour, that favour should be extremely unlikely to eventuate. It’s a big deal, after all, getting a tattoo on one’s arse—especially if said tattoo is the logo for Raven Software, one of the several teams responsible for keeping Call of Duty: Warzone ticking over.

But now Kris Lamberson, aka Swagg of the FaZe Clan, a popular Warzone streamer, has a tattoo of the Raven Software logo on his arse. Here it is:

It started when Raven Software implemented a controversial change to the way Loadout Drops are acquired in Warzone. Purchased at Buying Stations, these items let you access a custom loadout for the price of $10,000 in-game cash, and have always been available right at the beginning of the match. But after the change, these Loadout Drops were only available to purchase later in a match, forcing players to cope with what they could find scattered around the map.

Swagg was among the most vocal opponents to this move, but he certainly wasn’t alone: heaps of Warzone players, celebrity or otherwise, loathed the new system. So it seemed a little risky when Swagg tweeted in January that he’d “tattoo raven software on my right cheek for you to revert the loadout change.”

Ill tattoo raven software on my right cheek for you to revert the loadout changeJanuary 7, 2022

Normally when a change is so universally criticised, it’s only a matter of time before it’s reverted. And revert the change Raven did, quite possibly to antagonize Swagg, because this is now the official Raven Software Twitter account’s profile pic, shown below for (ahem) posterity.

So I hope we’ve all learned a lesson today: don’t promise to tattoo things on your butt.

As for the actual update, an official announcement was issued earlier today promising that “Operators should expect to see Loadout Drops available to purchase in Buy Stations at any time, rather than restricting availability during a match’s opening minutes.” This reversion won’t affect Call of Duty: Vanguard Royale.

Dragon Quest is coming back to FFXIV, as the...

Following his time with Polybius, the Nerd is reborn...