Who do you want to play in the next Witcher 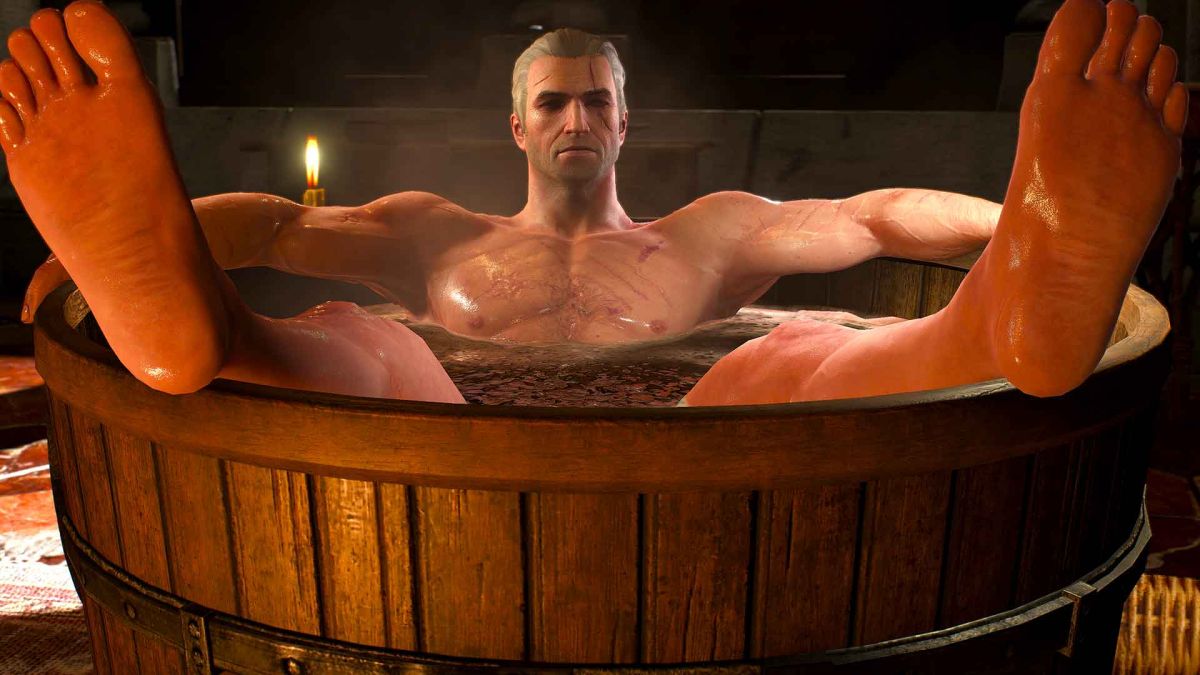 We’re calling the recently announced and currently unnamed Witcher sequel The Witcher 4 since calling it Untitled Geralt Game would be funny, but less accurate. It’s probably not going to be a game about Geralt, given how neatly his story was tied up in The Witcher 3, and the fact this sequel has been described as “kicking off a new saga for the franchise.” So who do you want to play next? Another existing character, like current frontrunner Ciri? Would you rather play a game where you build your own witcher from scratch? Or someone surprising, completely out of left-field?

Who do you want to play in the next Witcher game?

Here are our answers, plus some from our forum.

Chris Livingston, Features Producer: I usually like RPGs where I get to invent my own character instead of playing someone specific, so I’d have thought I’d go with a ‘create-your-own-witcher’ approach. Thing is, I played Cyberpunk 2077 and I don’t think CD Projekt is very good at that. I certainly never felt like I was inhabiting my own personal version of V. To me, V just wound up being a pair of mantis blades with some irritating dialogue, not a person who felt real to me.

So maybe the next witcher game should go with an existing character. Unfortunately, I have played very little of the witcher games and never watched the show, so I don’t know who to pick. Looking over a list of characters, I see there’s one called Mousesack? Perfect. I like that name. Let’s play as Mousesack.

Jody Macgregor, Weekend/AU Editor: I’m sorry to have to tell you this, but Mousesack was renamed Ermion in The Witcher 3. He’s called Mousesack in the books and TV show (and a passing reference in the first game that CD Projekt hoped everyone would forget). It’s a Jaskier/Dandelion situation.

My choice would be Ciri. The Witcher 3 set up a sequel where you play as Geralt and Yennefer’s adopted daughter finding her own way, and though I always like when a game lets you play as a secondary character for a quest here and there, I’d want the next Witcher game to follow up on that. Sure, it would invalidate the bad ending, but if you got the bad ending of The Witcher 3 that’s on you. I mean, I romanced Triss but I don’t expect that to be treated as canon.

Lauren Aitken, Deputy Guides Editor: Someone completely new, preferably a female witcher of any race. Maybe a sorceress/witcher hybrid, or a dwarf. I will play any damn Witcher game, though.

Andy Chalk, NA News Lead: No one, really. The more I think about it, the less interested I am in going back. The story is complete, Geralt had a happy ending, and he should be left to enjoy it. But the series is so completely about him that I really can’t work up any interest in returning to that world as someone else. So, let it go.

The gun-to-my-head answer would probably be Iorveth. Not a Witcher, but a fighter of comparable abilities in a world that takes an even dimmer view of elves than it does of Witchers. He’s a darker, bloodier character than Geralt, true, but a Iorveth-Roche teamup segment has some serious buddy cop potential. “What happens when a Temerian special forces hardass teams up with a Scoia’tael renegade who doesn’t play by the rules? Find out in The Witcher: Redanian Heat—coming soon!“

Robin Valentine, Print Editor: I do think it’s time for a clean slate. Geralt’s story is over, signed off with a perfect epilogue in Blood and Wine, so it’s a great point to kick off a whole new cast.

Part of me likes the idea of being able to create your own witcher, but at the same time one of the things I really loved about The Witcher 3 was the fact that you played such a well-defined character, instead of the usual blank slate. So I think I would rather it was a preset hero, or perhaps at a push one where you can choose their gender and appearance, but they have a very definite history and personality beyond that.

A big time skip would make sense to me—go forward 50 years or even more, and put us in the shoes of a new generation. Maybe they aren’t even a witcher, but instead some new kind of monster hunter that’s come to fill that role. Geralt’s kind did seem to be dying out by the end of the trilogy.

As tempting as it is to say Ciri should be the new protagonist of the series, I don’t think that’s the right call. A female lead makes perfect sense, but Ciri herself is too larger-than-life, too powerful, and too closely linked to previous characters and storylines to be a good main hero for a new game. I wouldn’t mind her turning up—perhaps even being a mentor or teacher to the new lead—but on the whole she should be off living out her own epilogue. She’s had her story, and making her the focus again will only bog the game down.

Ryzengang: This is a surprisingly difficult question. I’m as massive fan of the Witcher universe, and it is one of my favorite fantasy universe’s ever. The Witcher 3 is one of my favorite games of all time, and I’ve read all the book, played all the games, and watched all of the Netflix show. Still, even as a huge fan, I really don’t know where I want them to go with. Geralt is an amazing character, but I agree that his saga should be over with the third game. The safe bet is on Ciri, and I wouldn’t be unhappy with that outcome. I don’t know who else would warrant a new saga in the series. Ultimately, I think it’s between Ciri or building your own character and choosing your path as a Witcher for me.

McStabStab: I’m not sure it would be necessarily a good idea for a main character, but I think playing as one of the sorcerers or sorceresses would be a lot of fun. Maybe if they did it like when you’d gain control of Ciri for a short while. You’d get the power of her teleportation, and playing as someone like Yennifer maybe you could have other powers available.

For a main character I think a build your own character may be cool in theory, but Geralt’s personality and background were so interwoven with the story beats that I don’t think they could pull off the same feeling without him or another important character as the lead.

ZedClampet: Ciri was extremely fun to play in The Witcher 3, but she isn’t really a witcher, so I’m guessing we’ll play as someone completely new who isn’t a part of the official story. If they are starting from scratch, there’s no reason why they can’t let you create your own character, so I’m guessing this is the route they will go, which is fine with me. I’ll create a character named Geralt. I can already picture him in my head…long white hair…

flashn00b: Letho of Gulet. His introduction as an antagonist in The Witcher 2 along with his motivations for killing kings has me thinking that we could do with a game that focuses on his life well before the events of the first Witcher game

Sarafan: Definitely not Geralt. This chapter in The Witcher series appears to be closed. I also wouldn’t want Ciri as the main protagonist. Although there’s a potential in this character, she’s greatly overpowered and any explanation of nerfing her would be a standard cliche which I have enough. I would prefer to create my own Witcher and choose his school, set of skills, appearance etc. I’m quite pessimistic when it comes to realization of this idea however. The teaser image clearly points that the main character school will be predefined. I hope that I’m wrong, because I expect more freedom in terms of what character I want to role-play.

This 7nm GPU out of China is said to rival