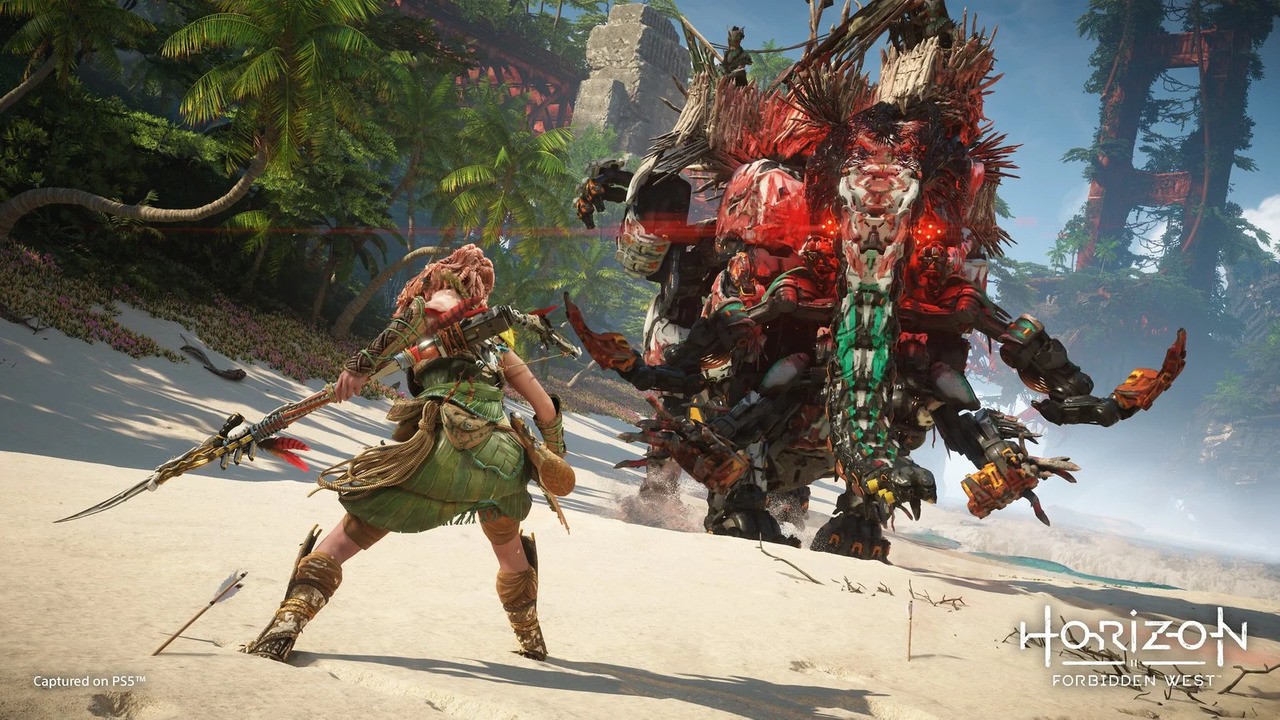 It’s looking like Horizon Forbidden West will be a sequel that builds upon what the first game achieved and improves the experience with lots of small (and large) tweaks. Horizon Zero Dawn was a fantastic first attempt at an open world action RPG from Guerrilla Games, but the second game seems to be making some much needed changes for the better.

IGN talks about some of these enhancements in the above new video, following their hands-on preview. It’s well worth a watch if you’re interested in hearing about some Forbidden West gameplay details, but we’ll go through some of our favourites here.

One that sticks out to us is that you no longer appear to have a cap on your inventory — kind of. Aloy will only be able to carry around a certain amount of materials and equipment, as per the original. However, any surplus items you pick up will be sent to a stash, which can be accessed in any settlements or towns you discover. In the case of healing items, you can replenish Aloy’s supply by holding Up on the D-pad, meaning you shouldn’t be left wanting for a top-up.

The Focus has also had some overhauls made. You can scan your surroundings with R3, and any climbable surfaces will be highlighted with holograms, which is far better than having every handhold painted bright yellow. Additionally, while analysing a Machine, you can cycle through all its removable parts using the D-pad, instead of having to carefully hover over the creature with the right stick. You’ll also be able to keep parts you need highlighted — another very nice touch.

As well as all that, it looks like you’ll be spending much more time in settlements. In addition to picking up side quests, you’ll be able to play a board game called Machine Strike, shop at vendors for various items and gear, access your stash, upgrade weapons and armour at work benches, and improve your combat skills in melee pits. Towns in Horizon Zero Dawn looked cool, but were pretty hollow — it seems they’ll be far more engaging here.

For more, check out the video, but what do you think of these new details? Are you excited to play Horizon Forbidden West when it lands in a few weeks? Crouch in the tall grass of the comments section below.

Elden Ring is the latest RPG developed by FromSoftware...