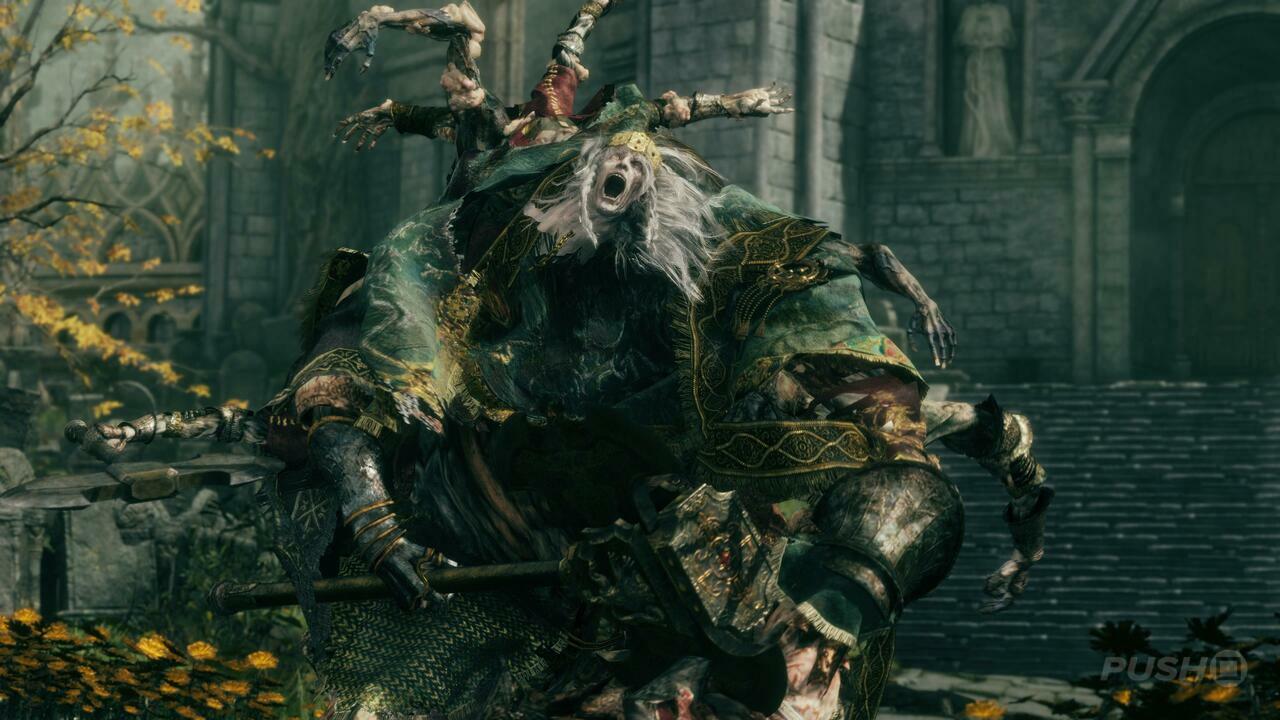 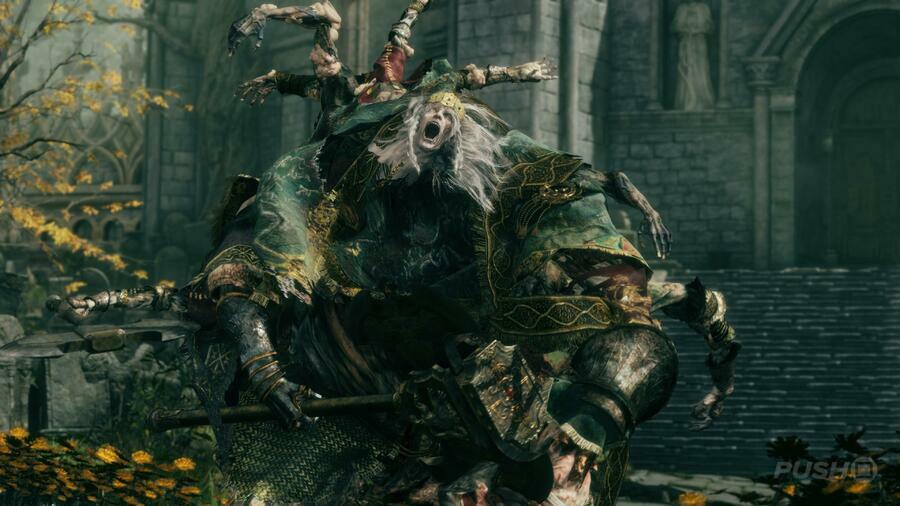 Despite never having played any of FromSoftware’s previous releases, the presentation of Bloodborne was too intriguing for me to pass up at launch. I played for a few hours, beat a couple of bosses, and I didn’t like it. Fast forward to 2022. Elden Ring launches, and all my friends excitedly talk about their experiences any time we’re in a party. This gets me antsy to give Bloodborne another shot. So after seven years, I pick it up again and I love it. Something clicks this time, and the horrific, gothic realm of Yharnam transports me away to gaming paradise. This extreme shift in opinion allowed me to convince myself that I should try Elden Ring, too. And after putting an immense amount of time into Elden Ring, wanting so badly to like it as much as I liked Bloodborne, it just didn’t happen.

The FromSoftware gameplay loop is an interesting one. Gaining XP, with the chance of losing it from some careless misstep or trying to take on too many combatants is a great way to teach caution. But, unlike the mazelike closed-off spaces of Bloodborne, the open world nature of Elden Ring rubbed me the wrong way. I don’t much care for open world titles, and during the early game, I never felt confident that I was heading in the right direction. I felt aimless and settled for exploring the beautiful environments at random. This was perfectly pleasant for a time, as the world FromSoftware presented was densely packed with intriguing possibilities. But eventually, I wanted to start making some meaningful forward momentum in the game, which meant tackling the biggest hurdle I had with enjoying the game: boss encounters.

I did not like most of the boss fights in Elden Ring. Given how I felt about the bosses in Bloodborne, this becoming an obstacle came as something of a surprise. So many of those fights were unique and memorable, as well as gratifying to win. Defeating those horrific creatures left me with a mixture of immense satisfaction and a hammering heartbeat thanks to the intensity of the fight. And the fights that weren’t challenging, found other ways to be interesting, like the encounter with Mikolash. I had assumed I would come away with that same feeling in regards to Elden Ring.

But when I think back on boss fights in Elden Ring, the first emotion that rises up in me is irritation. Most of my memories of fights from the game are ones of annoyance. Enemies had attacks that felt undodgeable or unblockable. Others had combos that ran for far too long. Still more were so aggressive, that healing became nigh impossible. Some were a combination of all the above. It became a distraction, something at the forefront of my mind. It made it harder to enjoy the artistry and craftsmanship that went into all of these encounters. The catacombs exacerbated this problem. While at a glance, these were a great way to add more content to the game, they also repeated bosses with some regularity. And the more I saw enemies I already knew I didn’t like facing, the less excited I grew to see what would come next.

The enemies I ended up not liking grew to an immense number: Crucible Knights, Ulcerated Tree Spirits, Black Knife Assassins, the list goes on and on. It would even come to include many regular enemy types, Perfumers and the like. By game’s end, there were more enemies I disliked encountering than ones I enjoyed. And this came to a head when finally, at Crumbling Farum Azula, I nearly uninstalled the game. I had had enough. Why was I even still playing, what was I trying to prove to myself?

But knowing I was so close to the end, I stuck it out. When the credits rolled, I wasn’t satisfied or overjoyed: I was relieved. Free from my stubbornness that kept me coming back, even though I knew I wasn’t having a good time. I was so close to loving this game I could almost taste it. But when I looked at it from a distance, I saw how far I had yet to go. There were moments. Glimpses. The art direction was impeccable, the music immaculate. Raya Lucaria was great. I subsisted off fleeting moments, convinced that the game would grow into the expectations I had for it. This next encounter. This next region. This will do it.

But it never did. I kept going, kept playing, kept waiting. Did I hate it? No, there were too many positives to objectively say that. Well, in that case, did I enjoy it? Again, no. I spent more time waiting to enjoy myself than I did actually enjoying it. So while I may be able to say that I beat Elden Ring, it’d be a lie to say that I enjoyed it. And playing so much of it, that’s truly disappointing.

Did you struggle to enjoy Elden Ring as well, or do you think it’s a masterpiece? What are your impressions of the FromSoftware open world outing now that you’ve had time to properly digest it? Get good in the comments section below.

Image: Push SquareDespite never having played any of FromSoftware’s previous releases, the presentation of Bloodborne was too intriguing...
Walkthroughs

Here we are folks! Experience a real gameplay of the official MXGP video game that will come out...
PC

Dung Eater's quest in Elden Ring isn't particularly long but it can be quite complicated, especially if you...
Nintendo

Justice is best served free. Looking for some adventure this weekend? Look no further than...

Is the final chapter of the Ezio trilogy the...

Crystal Dynamics has has clarified how XP progression will...

Resident Evil Village is full of horrors, but for...