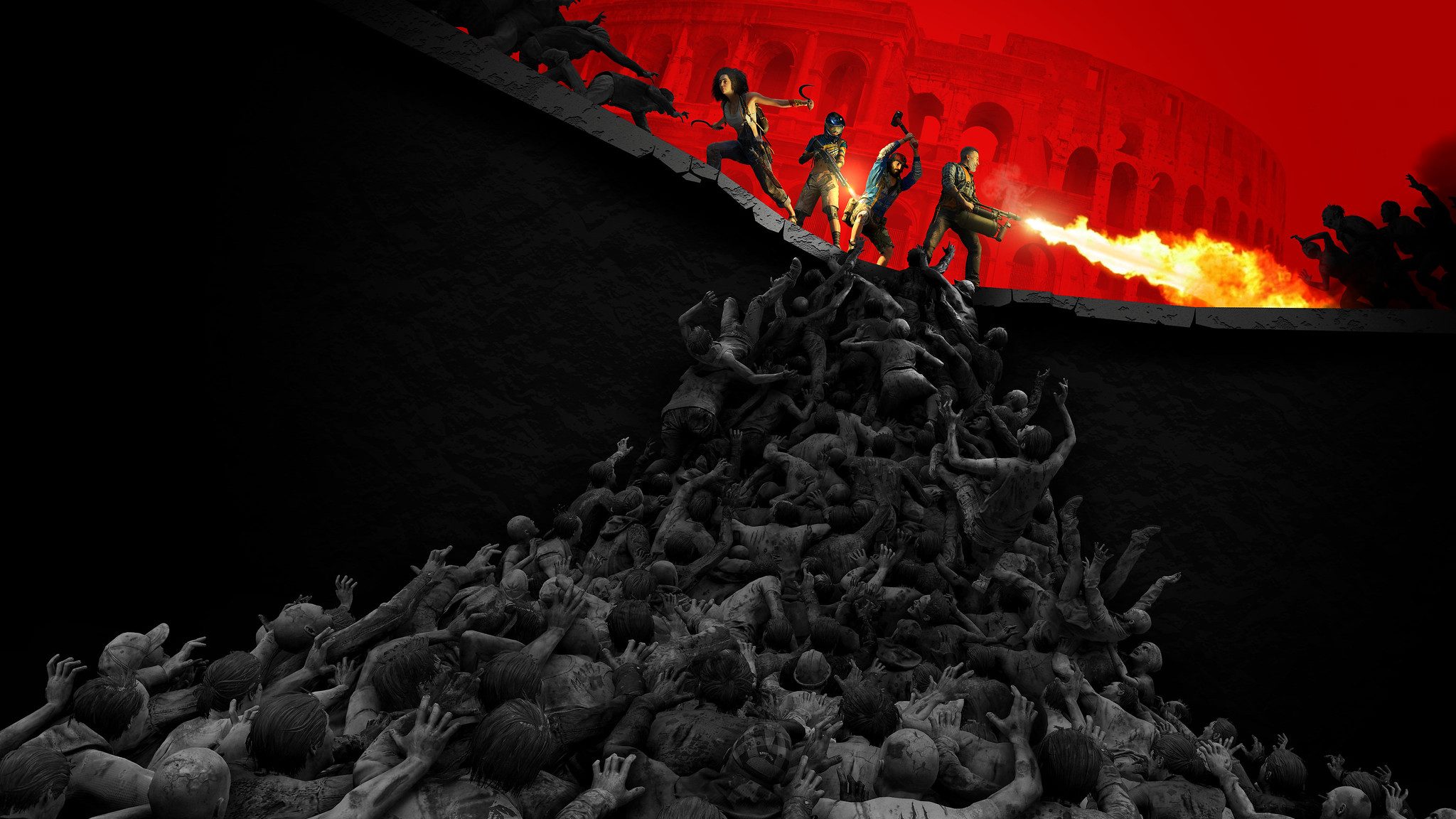 If there’s one thing the World War Z game franchise is known for, it’s throwing massive hordes of zombies at you. We took that design philosophy to heart as we set to launch World War Z: Aftermath’s long-awaited Horde Mode XL update.

Launching tomorrow, Horde Mode XL is a new game mode that takes advantage of PlayStation 5’s power to put more blood-thirsty zombies on the screen at the same time than ever before, including the previous Horde Mode Z. 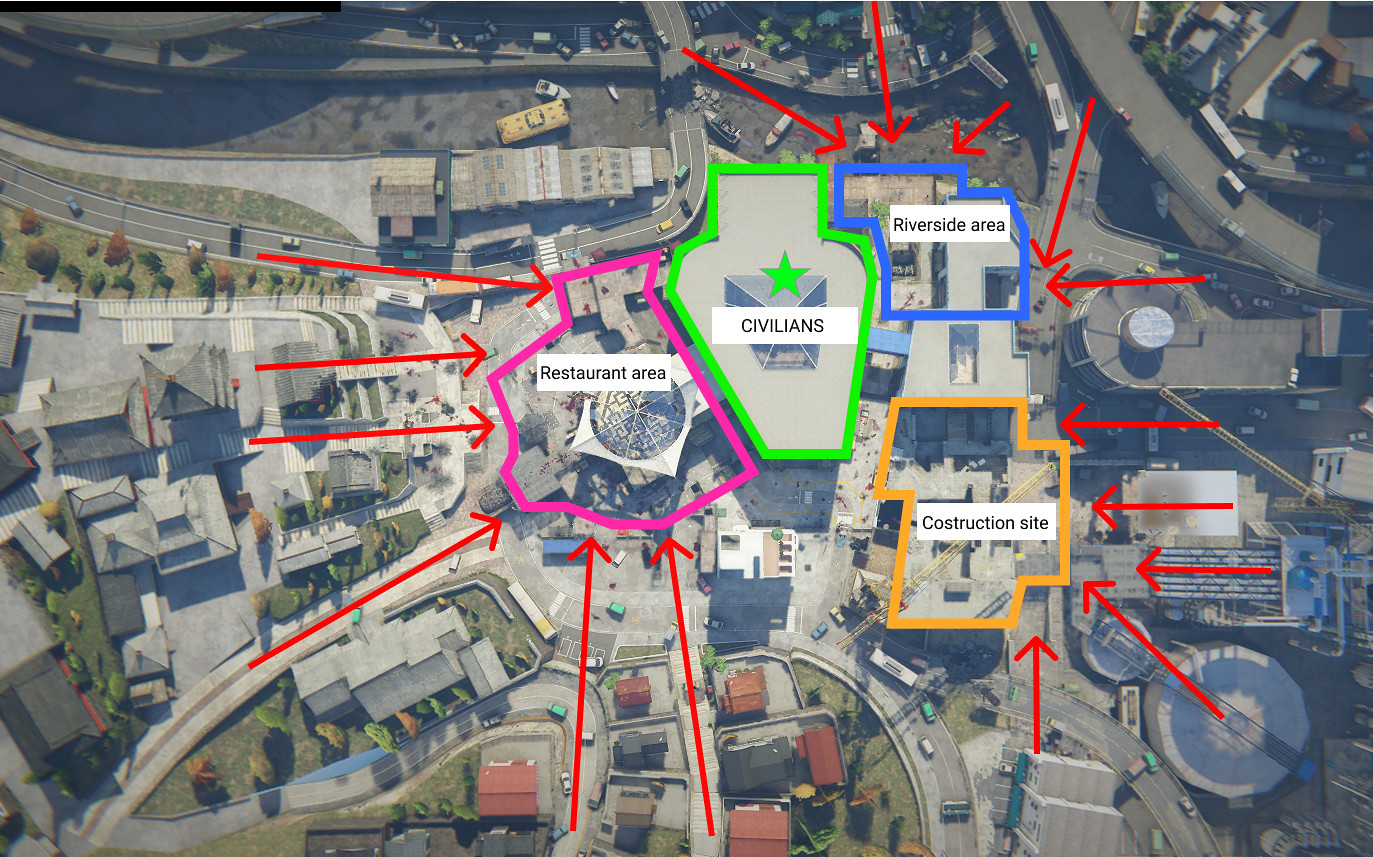 In the new mode, you and your friends will find yourselves in a new map where you must protect a civilian camp located inside a shopping mall.

The rules are simple: survive as long as possible and prevent the zombies from getting to the civilians.

The core difference in the new mode is that some zombie waves will be “XL waves” with a mind-blowingly huge amount of zombies on the screen at the same time, and they’re all coming for you and your team.

To survive this onslaught, you have to stock up on supplies in order to launch enhanced defenses. These are unique events that trigger at the beginning of an XL wave if you’ve stored enough supplies and they slay a ton of zombies at once.

The more supplies you store, the deadlier your enhanced defenses will be. Enhanced defenses differ in each area: there are missiles in the Restaurant area, jet fighters in the Riverside area, and explosive gas at the Construction site.

Horde Mode XL also features other new gameplay features and surprises that we can’t wait for you to discover when you jump in.

Horde Mode XL is not the only feature launching with this update.  The rest of the update includes the new weapon progression system and is available to both PS4 and PS5 players.

In the new system, skins are not tied to certain weapon stats.  While you still need experience points and supplies to level up your guns, leveling up is now done with linear stats progression (and unlocking different bonuses), while being able to apply any skin to a weapon.

One of the most significant new features are weapon perk slots that become available during progression. Every firearm has three slots where a unique set of perks can be inserted. Perks are divided into two categories based on their effectiveness: Unique and Common. Players can install only one Unique perk and two Common perks. Perks may affect stats or grant unique gameplay benefits, overall providing some flexibility in customizing your guns.

We’ve also created a host of new free skins for every gun that can be unlocked through its weapon progression system!

It’s also important to note for veteran WWZ: Aftermath players that your progression won’t be wiped with this update. For example, if you previously unlocked a gun’s 3rd version, this gun will now be upped to 3th level in the new weapon progression system; in terms of specs they will be identical. All previously unlocked skins will be available to you as well.

Horde Mode XL Update is only the beginning

This is only the beginning for World War Z: Aftermath. As you’ve continued to support this title, we’re going to do the same. Look out for more exciting updates in 2023.

If there’s one thing the World War Z game franchise is known for, it’s throwing massive hordes of...
Walkthroughs

2022 is the year I fell in love with Game Pass. As someone who coveted every major release...
Nintendo

Wavetail takes place in a gorgeous archipelago, where the small island community is confined to scraps of land....

God of War Ragnarok is out next week and...

Check it out in all its gory live action...

In Dead by Daylight’s new chapter Roots of Dread,...

Cyberpunk 2077 Walkthrough Part 1 and until the last...

Will time travel and a return to random encounters...