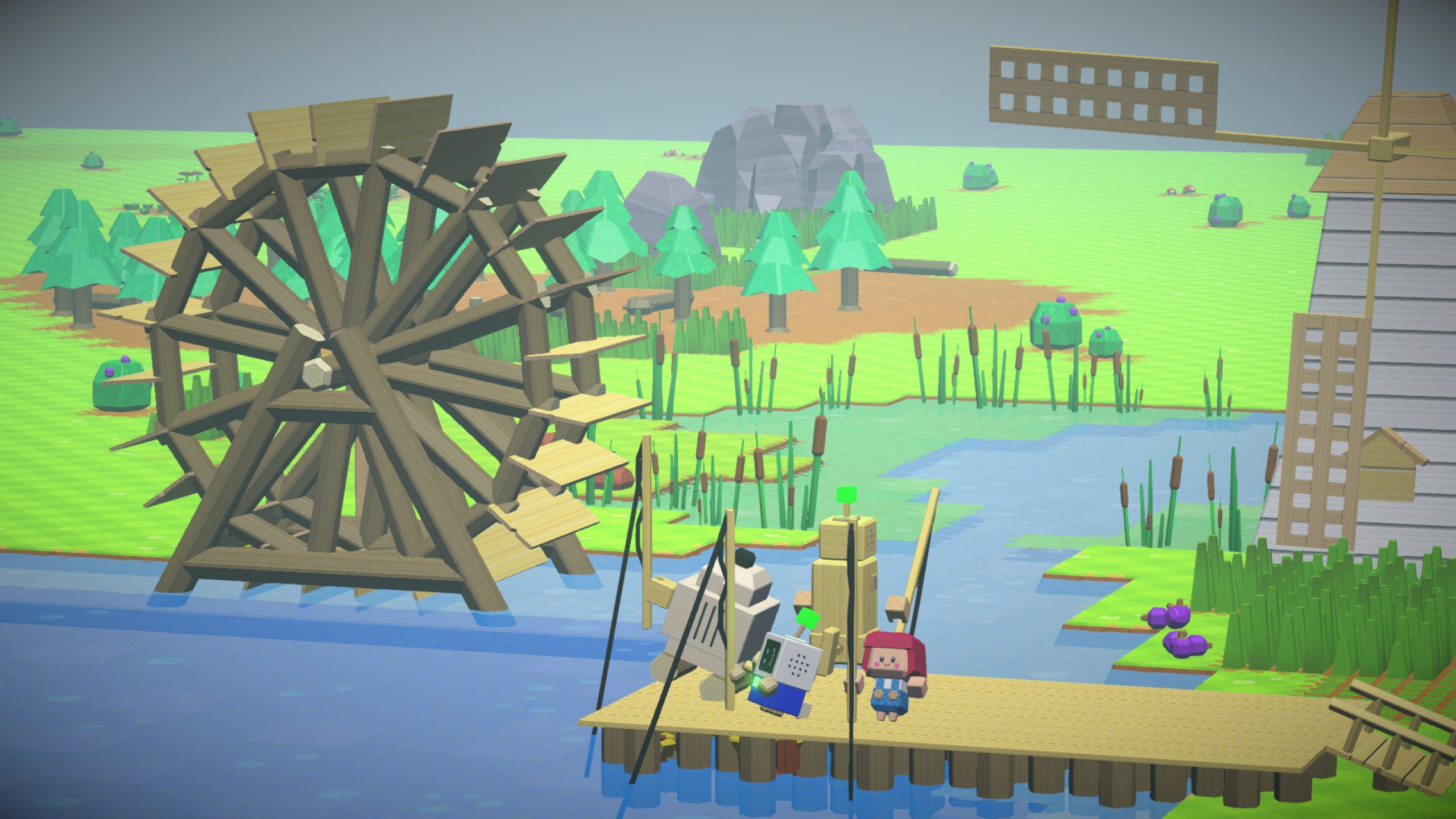 For the last few years the Autonauts have been teaching PC players how to build, create and automate, with positive results. Utilising a Scratch-style of programming, it’s become a joyous place to learn and live. Now though those Autonauts are hitting console, opening up their automaton ways to Xbox, PlayStation and Nintendo Switch folk.

Available today on Xbox One, Xbox Series X|S, PS4, PS5 and Nintendo Switch, as well as still being present and correct on PC through Steam, Autonauts from Denki Games and Curve Games is the award-winning, base-building, management and automation sim that has wowed the world.

It comes to console with a £15.99 price tag in tow – at least from the Xbox Store that is, expect to pay roughly that elsewhere too – and sees you dropping from your habitable spaceship to a number of previously uninhabited planets. Your goal is to set up home in each of these worlds, crafting and building until the world becomes a viable standalone settlement.

You’ll get to utilise workerbots, making the most of the visual programming language that they understand. It’s here where the Scratch-styled gameplay comes to the fore, as you go about giving the instructions needed for civilisation to take hold.

It’s with great excitement that we find Autonauts arriving on Xbox, PlayStation and Switch, and if the PC acclaim is anything to go by, this is going to be a great addition to the console library. Of course, translating anything from PC to console is sometimes hit or miss, but we’ll be sure to detail everything in our full review of Autonauts on Xbox. There is however also the chance to utilise console keyboard and mouse in Autonauts, so the likes of the Razer Turret for Xbox may well come into its own.

Until that time, grab a copy for yourself from the Xbox Store for Xbox One and Xbox Series X|S, the PlayStation Store for PS4 and PS5 or the Nintendo eShop for Switch. It’s time to get coding…

Travel the universe creating settlements on uninhabited planets with the sole goal of setting worlds in motion through the power of automation. Fresh from your spaceship you must harvest stick and stone and begin your settlement building efforts. Create rudimentary crafting items from blueprints and slowly build a number of workerbots to aid in your efforts. Teach and shape their artificial intelligence with a visual programming language, then instruct them to begin the formation of your settlement. Marvel as a planet you’ve shaped becomes home to a civilisation of workerbots, happy to do your bidding! Expand further with the creation of Folk; beings that require your assistance to survive. Push your workerbots further by introducing fishing, cooking, housing, and tailoring and help the Folk into a state of transcendence.

As reported by VGC (opens in new tab), collectible...

Niantic Labs is no stranger to cute creatures featured...

God of War Ragnarok was allegedly due to be...

Ever since its debut at the PlayStation 5 digital...

Does Skyrim have us singing praise in dragon shouts...

If you've been holding out to play Bravely Default...