Digne, Bergwijn and Ziyech star in FIFA 22’s Team of 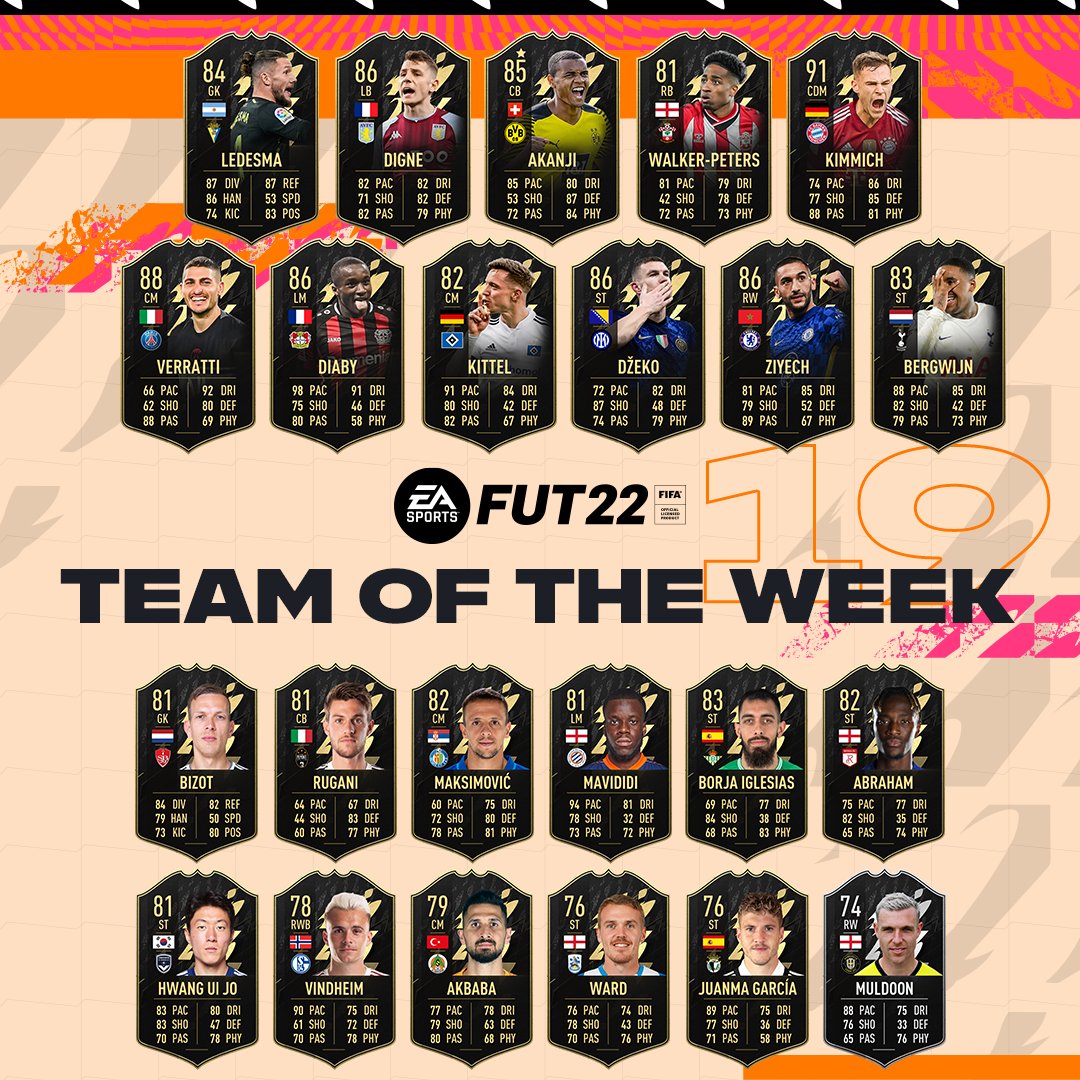 It may be some five months or so since FIFA 22 released on Xbox, PlayStation and PC, but the draw of Ultimate Team never fails to fall. Much of that is down to the weekly additions of those star players which crop up in the Team of the Week squads, allowing players to build out their teams with some of the finest players from the last week. That’s the case with FIFA 22 Team of the Week (TOTW) #19 – a squad that is full of talent.

Available from today and running for the best part of the next week are a host of new players who have found a place in the TOTW #19 for FIFA 22. We’ve got Lucas Digne pulling up trees since his move from Everton to Villa, Steven Bergwijn finds a spot thanks to two of the latest goals you’re ever going to see when Spurs took on Leicester and Hakim Ziyech rightfully wins a place thanks to a bit of magic and a stunning goal as Chelsea saw off their London rivals.

There are more though and names such as Edin Dzeko, Joshua Kimmich, Marco Verratti and Kyle Walker-Peters just flow off the tongue.

If you’re looking to rotate your squad a bit, or perhaps build out a brand new team, the following should be on your transfer list…

As always let us know who you decide to purchase for the next week by dropping into the comments. Remember, in order to enjoy the Ultimate Team and Team of the Week #19 players, you’ll need a copy of FIFA 22 to hand. But you’ve got that already, yeah? If you don’t, the Xbox Store will sort you out with a copy on Xbox One and Xbox Series X|S.

Thanks go out to Fifplay for the correct player and team spellings.