As we were preparing to launch Floppy Knights earlier this year, the team actually had quite a few ideas left on the cutting room floor. We knew that we wanted to explore these ideas with free updates sometime in the distant future, but we weren’t completely sure what to expect.

The good news is… thanks to the amazing support from our community, we were able to make not one, not two, but three major content updates— all slated for release this year!

Here’s what you need to know about the DLC:

We are releasing three DLC updates over the next couple of months, each featuring a new side quest, story and challenge levels, and of course— new cards. These updates will be available to all Floppy Knights players at no additional cost.

While Phoebe and Carlton are testing out new Floppy Knights prototypes in her basement workshop, they get the bright idea to run a program to let them mod themselves. What could possibly go wrong?

A quick look at the update:

This new update focuses on Phoebe’s prototypes, playable units that are capable of modding themselves each turn. As you progress through the new story levels and challenge levels, you unlock cards that will prove advantageous to your strategy— especially when you use these cards on prototype units.

I would also like to call out the 11 new languages that we added to the game. We were blown away by the interest shown in Floppy Knights from players all over the world, so we decided to take on the arduous but rewarding task of localizing our game for the first time.

DLC 1 is available now for all players free of charge. You unlock the side quest after you beat the Cindercliffe finale (level 2-4). Although it is not mandatory, I recommend playing the side quest levels right as they become available. That way, you can unlock all of the new cards and bring them into battle as you progress through the rest of the base game. Trust me, you’ll be thankful for the extra support!

Arriving just in time for spooky season, we have another update planned for release in October titled Graveyard Shift. This future update will introduce new mechanics, levels, and cards— all tangled up in a chilling side quest.

Really, it’s a secret… but Floppy Knights fans might be able to guess which not-so-friendly copycat inventor takes the stage in DLC 3. I don’t want to spoil too much of the fun that is in store for you, so I’ll leave it at that. You can look forward to the third update coming late 2022.

I also wanted to give a quick shoutout to the lovely humans in our Discord server for helping us playtest DLC 1 and for keeping the DLC a secret!

We sincerely hope you enjoy all of this new content. Happy playing! 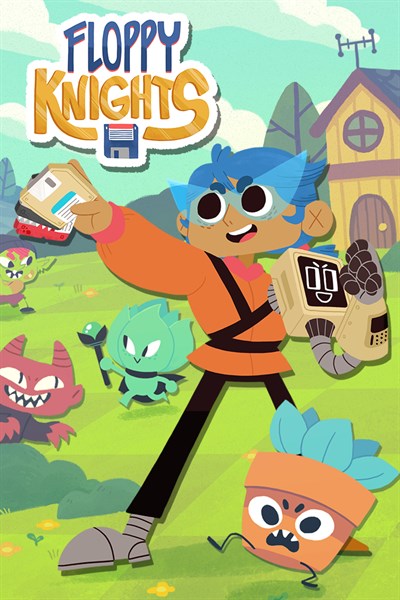 Meet the Floppy Knights: tangible projections summoned from floppy disks! Tactics fuse with card game mechanics as Phoebe and Carlton, a brilliant young inventor & her robot-arm bestie, square off in turn-based battles. Select your Knights, hone your deck, and execute your strategy for victory!

On this week's episode we dive into our first listener read-along for Spider-Man: Kraven's Last Hunt, a six-issue...
XBox

As we were preparing to launch Floppy Knights earlier this year, the team actually had quite a few...
Trailers

Alex Kidd is back with a brand new visual style in Alex Kidd in Miracle World DX. Featuring...
Playstation

Regular readers may remember a rumour that was doing the rounds back in May. The word on the...

On this week's episode we dive into our first...

Image: NintendoWell, it looks like there's potentially been another...

Naughty Dog has revealed the long list of accessibility...

Ambition: A Minuet in Power Announced for Summer Switch Release

The FBI is reportedly investigating cheating in professional Counter-Strike:...