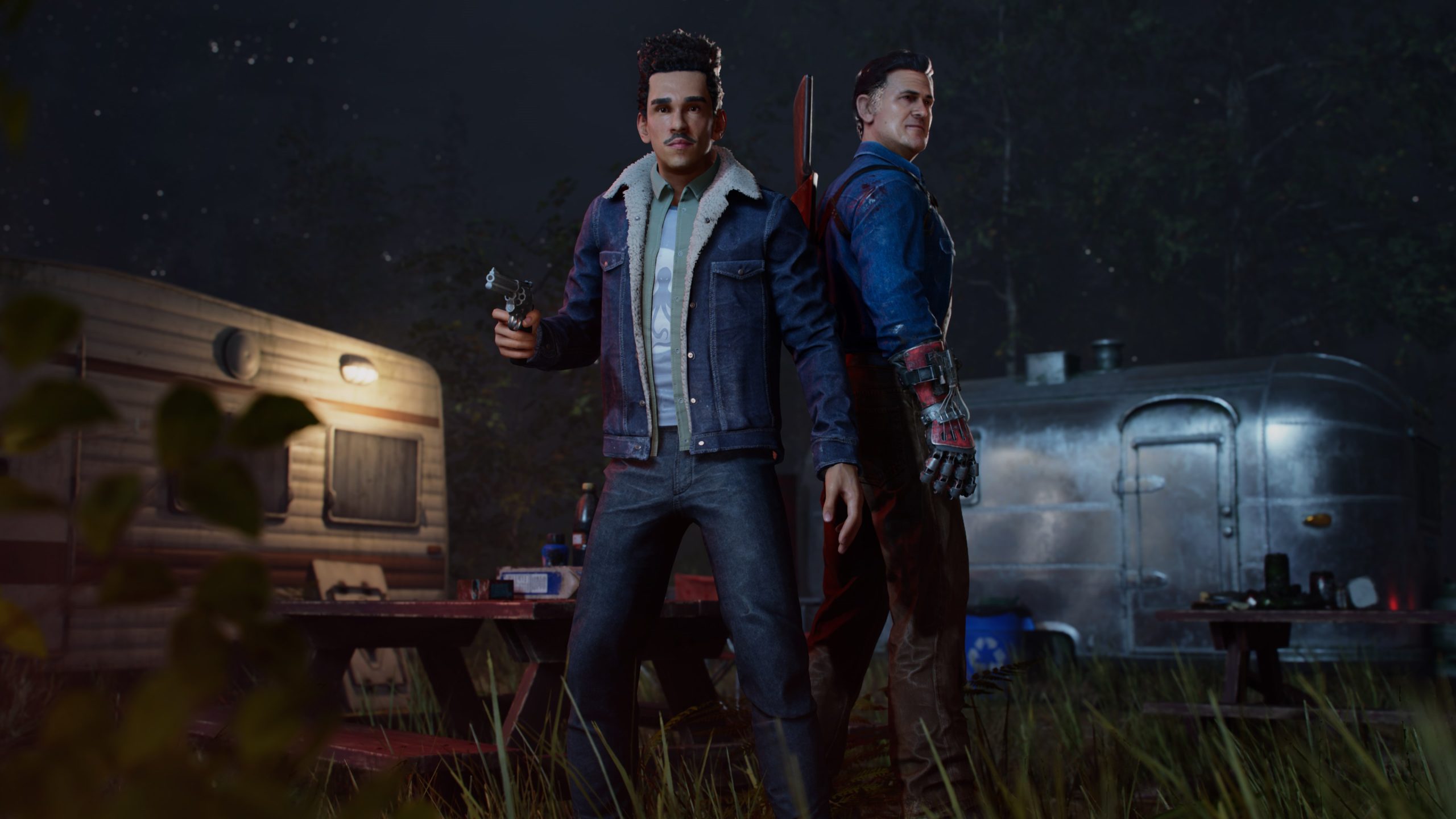 Sam Raimi seems to be doing alright for himself at the moment; he’s brought a dash of horror to the Marvel Cinematic Universe in Doctor Strange and the Multiverse of Madness, and his Evil Dead baby is today launching a videogame. The aptly named Evil Dead: The Game is out today on Xbox, PlayStation and PC.

Following in the footsteps of such horror titles like Friday the 13th, Dead by Daylight and Resident Evil Resistance is the next in line of 4v1 multiplayer. Evil Dead: The Game features classic Evil Dead characters – of course including Ash Williams himself – and locations as you fight back against the Kandarian Demon. Check out the launch trailer below:

If that launch trailer wasn’t enough, how about some “groovy” music? Legendary Wu-Tang rapper and self-confessed Evil Dead fan Method Man has recorded a new track for the game itself. Titled ‘Come Get Some’ it features samples taken from the original 1981 soundtrack mixed together by hip-hop producer Statik Selektah. Give it a listen here.

Evil Dead: The Game allows players to live their fantasy Evil Dead line-ups with characters spanning the films and the TV series. They all have access to over 25 weapons including the trusty chainsaw and boomstick combination.

Evil Dead: The Game is available now on the Xbox Store, with a couple of options to choose from. The standard edition will cost £33.49. There is also the Deluxe Edition, priced at £49.99, and this includes the first Season Pass for the game. What this includes at this point is unknown.

Separate to all this is the launch day Classics Bundle, priced at £8.39. This features several outfits for the cast including:

Please note this is not included in the Deluxe Edition and is a separate purchase.

Stay tuned because our review of Evil Dead: The Game will be coming very soon.

Step into the shoes of Ash Williams or his friends from the iconic Evil Dead franchise and work together in a game loaded with over-the-top co-op and PVP multiplayer action! Play as a team of four survivors, exploring, looting, managing your fear, and finding key items to seal the breach between worlds in a game inspired by all three original Evil Dead films as well as the STARZ original Ash vs Evil Dead television series. Iconic Characters – Play as characters from throughout the Evil Dead universe, including Ash, Scotty, Lord Arthur, Kelly Maxwell, & more, with new dialogue performed by Bruce Campbell & others! Play As Good or Evil – Fight for the forces of good or take control of the Kandarian Demon to hunt Ash & others while possessing Deadites, the environmental objects & more as you seek to swallow their souls! Off-the-Wall Visuals – Whether you’re tearing a Deadite in 2 with Ash’s chainsaw hand or flying across the map as the Kandarian Demon, realistic visuals & physics-based gore brings the horror to life! This…Is My Boomstick – Brandish your short barrel shotgun, chainsaw, cleavers and more to do some delightfully gruesome violence against the armies of darkness.

Image: Nintendo LifeThis is Miyamoto. Please understand that the following information from Ollie-san is based on a leak...
News

If you’re excited about the new Saints Row, which was delayed last year to its new August 23 release...
XBox

Sam Raimi seems to be doing alright for himself at the moment; he’s brought...

Like with the first game, I didn’t grow up...

I have a bit of a love hate relationship...

SummaryJourney of the Broken Circle writer and game director...