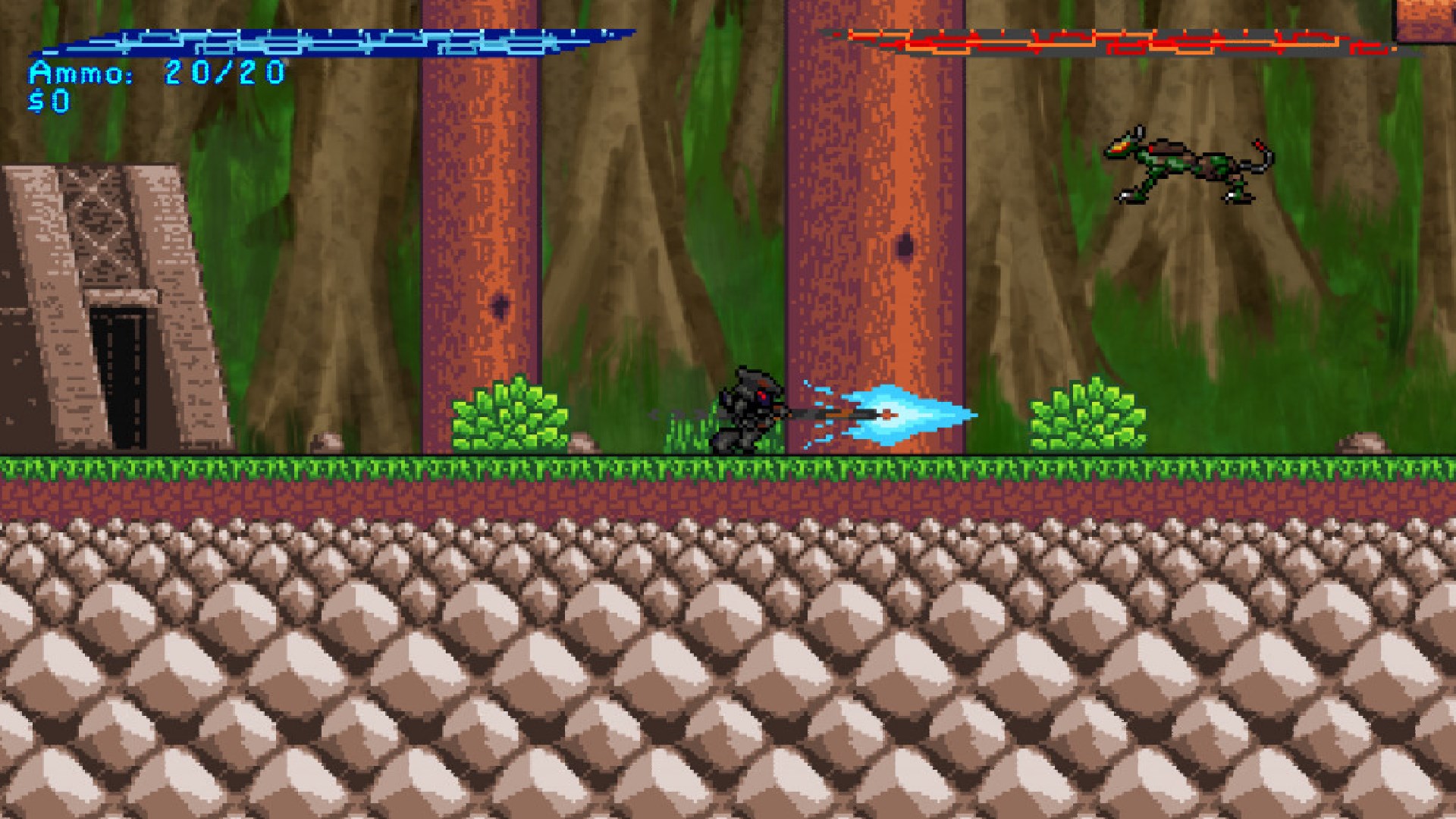 Why as humans do we have a penchant for naming inanimate objects? I do it too, namely with cars (Hi, Vanessa). But it isn’t limited to vehicles, as weapons are certainly another commonly named object. In PUBG you can use a frying pan as a weapon, but has anyone ever named their kitchen utensils? My point is, Carnage in Space – Ignition which is out now on Xbox and PC and that has a very cool named weapon.

Armed with a sword affectionately called Nightmare, can you quell the trouble brewing on the planet Appenna. As a member of the IOTA Coalition you have been sent to bring peace once again. After all, the galaxy is a pretty big place; unsurprising then that there are those out there who seek to cause chaos.

Carnage in Space – Ignition can be downloaded now from the Xbox Store priced at £4.19. Get a shift on and you can swipe it up cheaper at just £3.35. But as always, we will have a review coming soon for you to be able to make an informed decision on.

In this galaxy, there are many who seek to cause chaos… …from pirates to warlords; from thieves to conquerors… …and that is what the IOTA Coalition exists for. When trouble arises on Appenna, it is up to you to take up the sword of Nightmare to carry out swift and lethal justice on the coalition’s behalf, and eradicate the enemies of peace. But when you arrive, be ready to uncover more plots and schemes than you bargained for. Not all secrets were meant to be uncovered…

Rust Arrives on Consoles This Spring, Eight Years After Its PC Debut

A console port of Rust has been teased for...

Coming from Eastasiasoft is yet another entry into the...