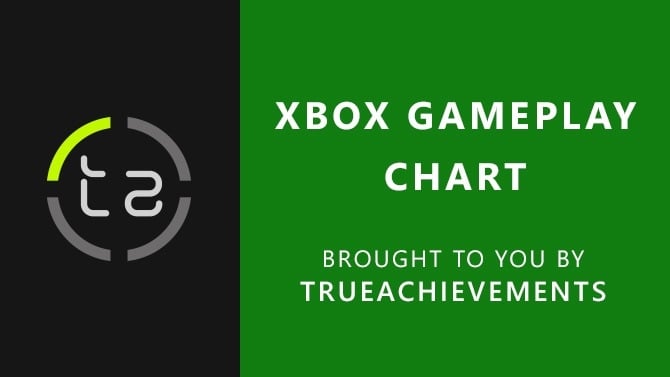 To the 2.2 million Xbox players we scan each week: For our sanity, can you please start playing some new games so we have something interesting to discuss for our next Xbox Gameplay Chart? As you can see, this week’s is relatively static — the top 12 games haven’t shifted at all, and the usual suspects are still occupying their places. The CoDs still remain rooted in first and second, followed by the likes of Minecraft, Fortnite, GTA V (that game that first launched eight years ago), Rocket League, Apex Legends, and so on. The only real changes come towards the middle of the table, with games such as NBA 2K21, Madden NFL 21, and Gears 5 receiving bumps up, and Games with Gold title Warface: Breakout making its first-ever appearance in our chart.

Chart compiled using gameplay data from over 2.2 million active Xbox accounts. Chart information is copyright TrueGaming Network. For details on how the chart is calculated, click here.Xbox Game Pass recently added both NBA 2K21 and Madden NFL 21 to its library, so that’s likely why we see the uptick in player numbers here — NBA 2K21 jumped up from 18th to 13th while Madden moved on up five places from 22nd to 17th. Operation 6 just started in Gears 5, which is likely why it’s gained a couple of places compared to last week’s chart. Sadly (or not so sadly, depending on where you stand), the latest Operation didn’t include a fresh batch of achievements, which might have seen Gears 5 jump up a few more places.

As we move down the table, so does Wreckfest. The metal-crunching racing game saw some significant success with its inclusion into Xbox Game Pass, but that success seems to be waning — Wreckfest moves down five places to 24th this week.

Towards the bottom, things get slightly more interesting. Warface: Breakout, one of March’s Games with Gold titles, makes its first appearance on our chart. We aren’t expecting this one to hang around for too long because, you know, it’s pretty mediocre. Cyberpunk 2077 continues its not-so-graceful decline and now sits in 36th place, down from 32nd. And finally, we see DayZ making a reentry into the chart in 39th place.

Looking ahead, there isn’t too much happening this week that could disrupt the top ten. The majority of March is looking pretty barren in terms of new releases. We’ll likely see Star Wars: Squadrons rocket into the chart when it gets added to Xbox Game Pass and EA Play on March 18th, and we could even see a reentry from Marvel’s Avengers when its Xbox Series X|S version launches.

What games do you think will feature in our Xbox Gameplay Chart next week? Let us know in the comments.

This 7nm GPU out of China is said to rival

Sony first-party London Studio is continuing to staff up...