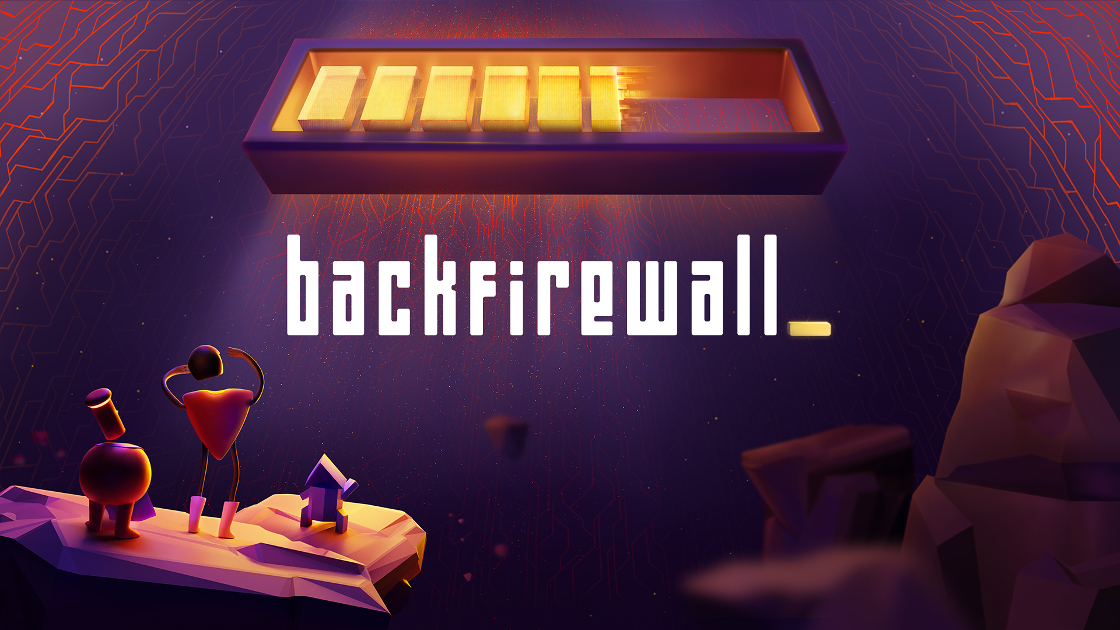 But we do get a new video to make up for the delay from the original 2022 plans.

A high-brow narrative escapade that has been inspired by Toy Story and is set inside a smartphone, Backfirewall_ is coming to PC, Sony, Microsoft and Nintendo consoles in 2022.

It will arrive on Xbox One, Xbox Series X|S, PS4, PS5, Nintendo Switch and PC thanks to the publisher All in! Games (they previously behind the likes of Chernobylite and Exo One) and developer Naraven Games, as Backfirewall_ takes you on a tragicomic adventure, helping along by the sassy self-aware Operating System, OS9. Faced with replacement by the far-better-optimized OS10, OS9’s goal is simple: stop the phone from updating, and stay alive.

If that sounds like something you’d be interested in, then from today until June 20th, Backfirewall_ is taking part at the Steam Next Fest, with the first free game demo available on Steam.

In Backfirewall_ you, as the Update Assistant, have been tasked by the ominous Update Protocol with updating the phone’s operating system. But the buggy old OS9, desperate to avoid removal, has other plans. Backfirewall_ depicts the torment of programs whose code is regularly erased and replaced in the cause of technological progress.

You’ll get to explore a weird and wonderful smartphone’s setting, brimming with life and telltale conversations, as you navigate wifi’s bureaucratic nightmare or party in the speakers’ exclusive nightclub and encounter many quirky characters, each an irreplaceable piece of personified software with its own rich file history, brought to life via iconic voice-acting!

BACKFIREWALL_ promises to deliver an amazing nano-journey where you manipulate your surroundings to solve puzzles, hunt down bugs, and use cheat-codes in an attempt to disrupt the update. You’ll truly get to discover what goes on inside your smartphone and contemplate the perpetual struggle between self-preservation and noble sacrifice.

The question is: does OS9 really deserve to be discarded, or is there a way to let him stay?

“We want players to feel like they’re playing inside a Pixar movie while also reflecting on the rather mindless way in which we interact with our everyday digital devices,” said Julia Jean, Creative Director at Naraven Games. “If you think twice before you update your phone after playing Backfirewall_, our job is done!”

“Backfirewall_ is a really unique and refreshing approach to a narrative adventure and we are excited to bring such a fun and wholesome experience that everyone can relate to,” said Raul Nieto, Head of Marketing at All in! Games. “Naraven Games have tapped into something with real originality that addresses our everyday connectivity on algorithmic digital platforms and our recurring relationship to our smartphones.”

We’ll keep you in the Backfirewall_ loop, but for now check out the demo on Steam and the trailer below these words, ahead of launch on Xbox One, Xbox Series X|S, PS4, PS5, Nintendo Switch and PC later in 2022.

Sega has topped the chart of review aggregate website Metacritic's game publisher of the year rankings. The company...

Capcom is marketing Resident Evil Village with this life-size Lady

Capcom is ramping up the Resident Evil Village hype...

Laika is one of the world's most famous dogs:...

The Sims 4 Is Now Free for Everyone on PS4,

Sega has topped the chart of review aggregate website...

Steam u-turns on ban for game published by Danganronpa devs

Valve has decided, in its inscrutable and mysterious way,...