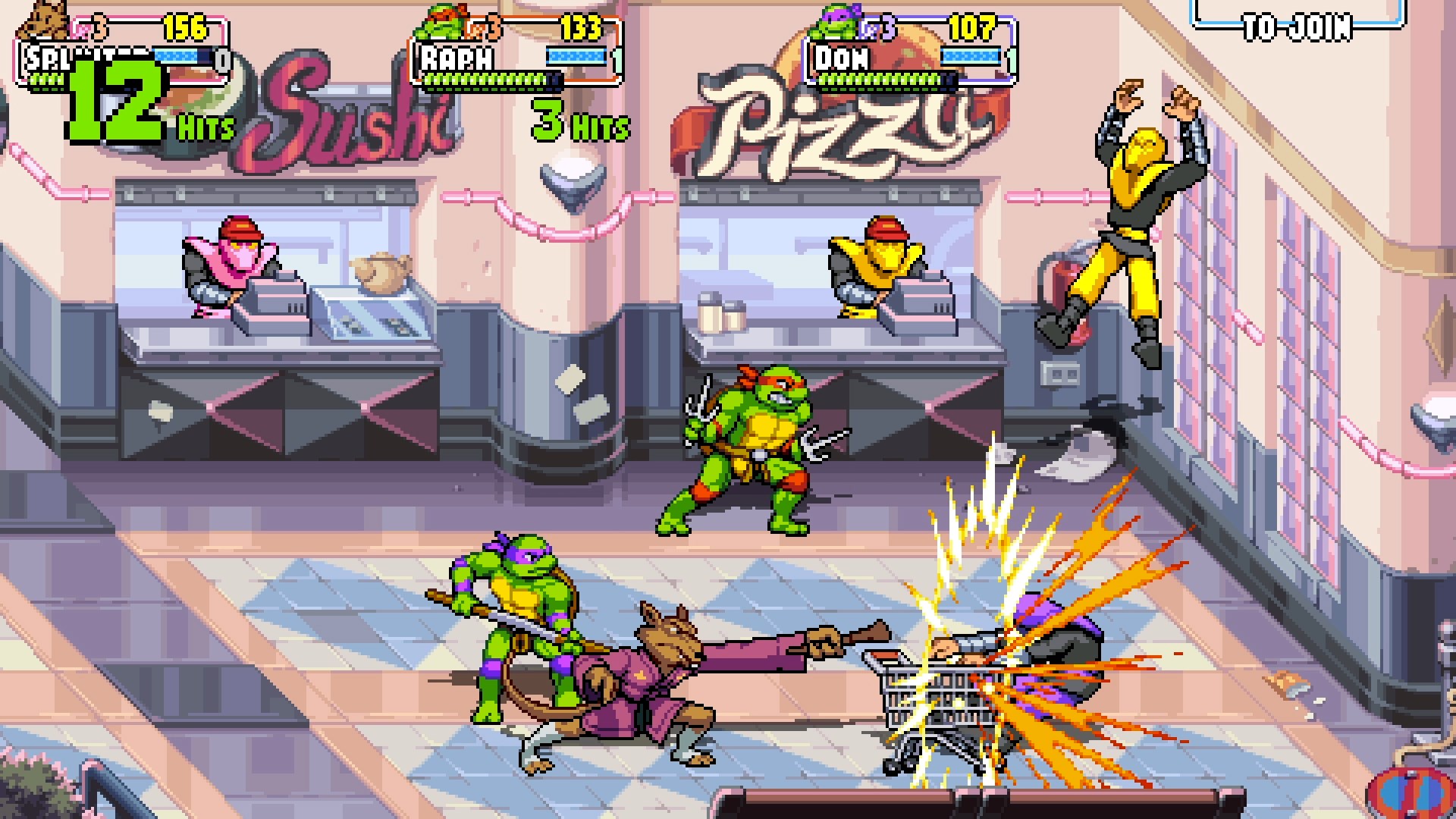 They’re back! (I’m sure the theme tune is already playing in your head) as Manhattan’s anthropomorphic heroes return in a celebration of what is widely viewed as the golden era of the gang’s video game adventures. Yep, it’s time to join Teenage Mutant Ninja Turtles: Shredder’s Revenge on Xbox, PlayStation, Switch, PC and through Game Pass.

As recently revealed at Summer Game Fest, joining them as a playable character is their long-term ally, Casey Jones. He’s a key character in the Teenage Mutant Ninja Turtles series, here showcasing a range of moves which make use of his trademark hockey stick. However, to get your hands on the legendary vigilante who bashes his opponents with a variety of sporting equipment, you’ll first need to unlock him.

Teenage Mutant Ninja Turtles: Shredder’s Revenge also supports six player multiplayer. That’s right, prepare for things to get frantic as the size of enemy groups will match up with the amount of players in the game. What’s even more exciting is that if you’re struggling to find five other friends to brawl with, online multiplayer has you covered. Also, chuck in the fact that Teenage Mutant Ninja Turtles: Shredder’s Revenge is available via Xbox Game Pass and there’s nothing stopping you spinning, chopping and kicking your way straight into the action.

Cyrille Imbert, CEO of Dotemu said, “The childhood dream shared between Dotemu and Tribute Games that ultimately became TMNT: Shredder’s Revenge is almost 30 years in the making, and in just a few days, we’ll invite fans back to the TMNT beat-em-up legacy to kick shell in an all-new game. This all truly feels surreal.”

“Teenage Mutant Ninja Turtles: Shredder’s Revenge merges elements of the classic cartoon, games and toys to create an ultimate celebration of a cast of beloved heroes,” said Tribute Games Co-Founder Jean-Francois Major. “This game is both a tribute to an incredible era of TMNT as well as the spectacular community that’s kept this stage of the series active through their love for classic TMNT.”

Dometu are a French publisher who specialise in releasing modern versions of cherished retro games, such as the excellent Streets of Rage 4. For Teenage Mutant Ninja Turtles: Shredder’s Revenge they have teamed up with developers Tribute Games, who now house talent that worked on the 2007 entry in the franchise which was released on the Game Boy Advance. Understandably, this partnership has gotten fans of the crime fighting siblings very excited indeed.

To see Casey Jones in action, check out the trailer below:

Our review is live too. Check out our full Teenage Mutant Ninja Turtles: Shredder’s Revenge thoughts – we’ve played it on Xbox Series X|S.

Teenage Mutant Ninja Turtles: Shredder’s Revenge features groundbreaking gameplay rooted in timeless classic brawling mechanics, brought to you by the beat ’em up experts at Dotemu (Streets of Rage 4) and Tribute Games. Bash your way through gorgeous pixel art environments and slay tons of hellacious enemies with your favorite Turtle, each with his own skills and moves – making each run unique! Choose a fighter, use radical combos to defeat your opponents and experience intense combats loaded with breathtaking action and outrageous ninja abilities. Stay sharp as you face off against Shredder and his faithful Foot Clan alone, or grab your best buds and play with up to 6 players simultaneously!

Previous articleArmy of Two: The Devil’s Cartel
Next articleMoon Knight Action Figures And Funko Pops Show Off The

Have you been searching for the Wordle May 14 (329) answer? How often do you run into those...
Nintendo

I don’t know exactly how to talk about Yurukill: The Calumniation Games. It does so much, and caught...
News

New episodes of Moon Knight debut on Disney+ every Wednesday, and tell the story of Steven Grant's transformation...

There are now 10 videogames based on the Evil...

Lost Judgment disappoints with its main story and simplistic...

I’ve played a good deal of golf sims in...

Tales of Arise is a scant 2 weeks away...