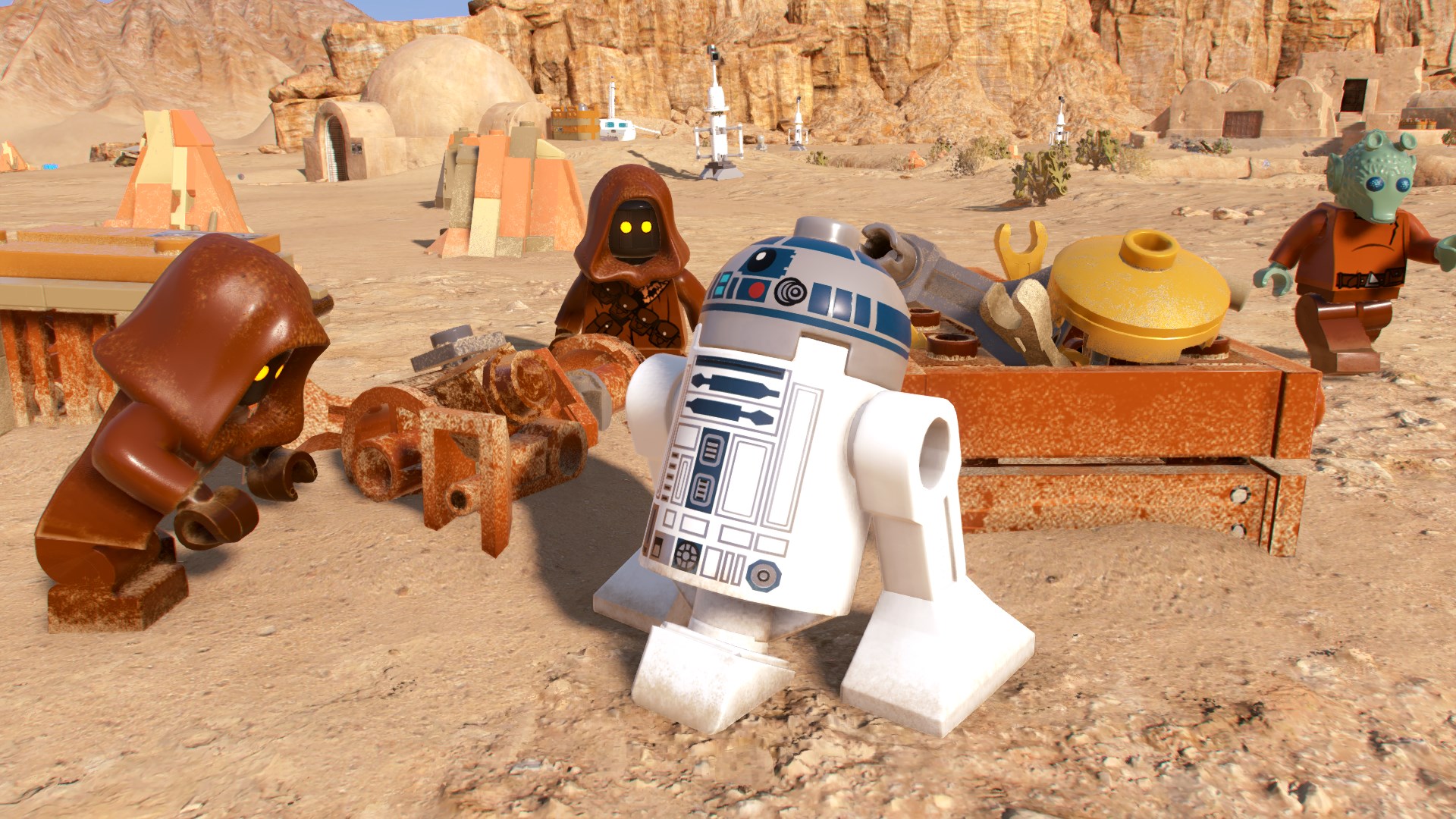 Can you ever have enough of the LEGO Star Wars scene? Well, if you’re on the lookout for even more humorous LEGO antics, crossed with one of the biggest franchises from the big screen, LEGO Star Wars: The Skywalker Saga is going to be for you. You won’t have to wait long to play it either, with an April 2022 release date now confirmed, all pushed along by a delightful new game overview trailer.

Coming from the usual Warner Bros. Games, TT Games, the LEGO Group and Lucasfilm Games groups is confirmation that LEGO Star Wars: The Skywalker Saga will be releasing on April 5th 2022 for Xbox Series X|S, Xbox One, PlayStation 5, PlayStation 4, Nintendo Switch and PC.

it promises to be the biggest and most visually striking LEGO Star Wars game yet – something which you can see in the latest trailer, as those behind it give an in-depth look into the gameplay and the freedom offered to players. The trailer showcases the new combat mechanics, a wide range of characters and character classes, a vast galaxy to explore, and much more.

And yes, in true LEGO form, players will relive the epic story of all nine films in the Skywalker Saga, and it all starts with picking the trilogy of their choice to begin the journey.

You may think you’ve seen everything a LEGO Star Wars title can offer, but with The Skywalker Saga lets players experience battles like never before, stringing different attacks together to form combo chains and fend off oncoming attacks. New blaster controls and mechanics will allow the chance for you to aim with precision and take cover to plot your next move, or even to utilize the skills of a Jedi by wielding a lightsaber and using the power of The Force.

There’s more and players can traverse space using the galaxy map on their holoprojector to chart their course through the saga, progressively unlocking planets to explore along the way. During space travel, you may well find yourself engaging in heroic dog fights against enemy ships, piloting legendary vehicles like the Millennium Falcon, Imperial TIE fighters, Rebel X-wings, and many more. Once reaching their destination, players can choose to either continue onwards through the main story or explore and discover exciting quests and puzzles within the galaxy.

Exploration rewards too, with the uncovering of Kyber Bricks unlocking new features and upgraded abilities across a range of character classes, including Jedi, Hero, Dark Side, Villain, Scavenger, Scoundrel, Bounty Hunter, Astromech Droid, and Protocol Droid. But you’ll also get to play as iconic characters like Leia, Yoda, Boba Fett, Darth Maul, Poe and over three hundred (yes, 300) more unlockable characters from across all nine films in free play mode to create fun, new adventures. From the idyllic grassy hills of Naboo to the desert dunes of Jakku, the LEGO Star Wars galaxy is available to discover and play in.

You’ll find that LEGO Star Wars: The Skywalker Saga is available to digitally pre-order from today, with those who do so able to pick up early access to the Trooper Character Pack on launch day. The pack will be available a month after launch for those that purchase the Character Collection (that’s the Season Pass with all seven character packs) or à la carte. Digital buyers can also unlock the Classic Obi-Wan Kenobi playable character that is not available for purchase. The physical version of the Deluxe Edition will include an exclusive LEGO Star Wars minifigure, Luke Skywalker with Blue Milk.

Whilst you wait for that April 5th release of LEGO Star Wars: The Skywalker Saga on Xbox, PlayStation, Switch and PC, check out the latest trailer. You’ll see it showcasing the Mumble Mode, an option that fans of the classic LEGO Star Wars games can toggle to replace all voices with mumbles. Will you be using it? Let us know in the comments.

In this episode, the Nerd reviews a handful of...

PS Now’s New Games Are PS4 Only, Sony Confirms No