Looking Back to 2007 and the Xbox release of Guitar 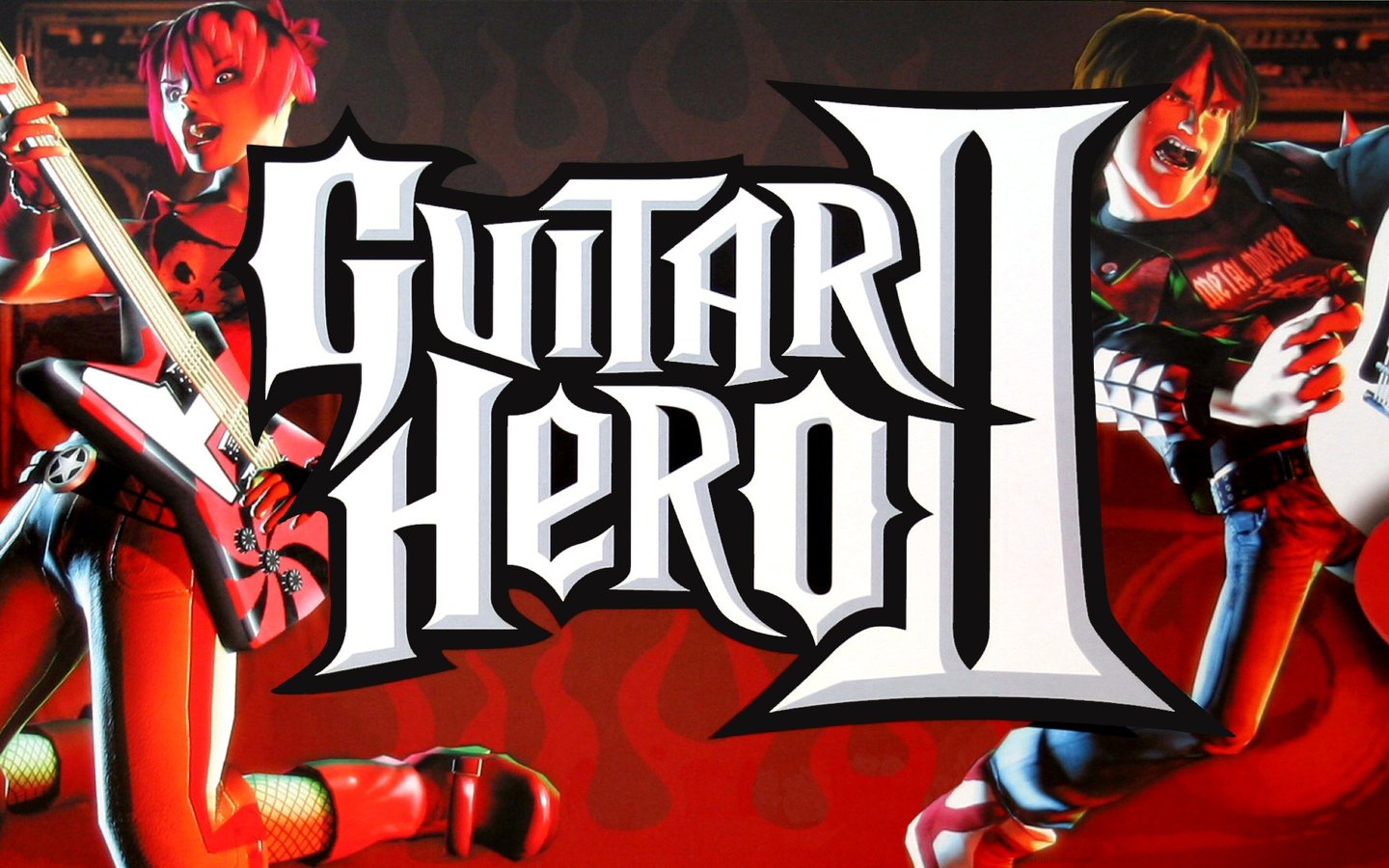 Ahhhh the days of gaming peripherals. Guitars, bongos and even DJ decks were all designed to enhance the player experience in the music rhythm gaming boom of the noughties. Arguably the biggest series amongst all the noise was Guitar Hero. It thrust the player into their own band, offering a simplified way to play an instrument and really feel connected to the tunes without having to be musically gifted. I think we can all agree that’s a great setup.

The first Guitar Hero game was something of a gamble. It was pitched in a relatively niche genre and the fact a plastic guitar came bundled with the software meant it was inevitable that the price would be considerably more expensive than consumers were used to. However, the game was a hit which was helped by a well chosen soundtrack spanning several decades. A sequel then, was inevitable.

Guitar Hero II was the first title in the series to be made available for Xbox gamers, as the first was released for the PlayStation 2 only. It arrived a few months after Sony gamers got their hands on it, however it was very well received by fans and critics alike when it was finally released. As a reward, some extra songs exclusive to the Xbox 360 version were chucked in for good measure.

For me, the setlist in a Guitar Hero game is absolutely key to its success and the importance of it should not be underestimated. As soon as band specific sequels were released, the target audience substantially shrank. The songs need to appeal to as many players as possible, spanning numerous genres, so everyone can live out their fantasies of rocking out in front of a crowd. And if you discovered a new song in the process, that was the cherry on top.

Guitar Hero IIhad an impressive roster of songs, including “Monkey Wrench”, “Carry On Wayward Son”, “Woman” and so many more. It was actually where I discovered the band Wolfmother, and still absolutely adore them to this day, having seen them live twice. Such is the power of music, and the list of songs in Guitar Hero II was expertly calibrated ranging from chilled out tunes to some famously difficult face-melters.

The core gameplay returned from the first release, and Xbox 360 players were treated to a different style of controller that was modeled after the Gibson X-Plorer, which looked pretty cool. For the uninitiated, Guitar Hero II would present you with a fretboard on screen, with an onward looking track which would detail which notes were coming toward you. You would need to strum and hit each note in precise time to successfully perform the song, and if you missed notes you would risk failing as well as ticking off the audience.

Success meant completing the track, as well as hitting high scores which you could compare with others via online leaderboards. Your star and rock powers would also fill up, which meant you could earn even more points. These were a key element of the multiplayer mode, which allowed you to play both competitively and cooperatively.

Guitar Hero II’s main pull was a fairly lengthy Career Mode, which saw you touring several venues with your chosen character, playing the lead guitar on each song. Once completed, you would unlock that same tune in the other in-game modes, including the practice mode. Also, when completed on the medium difficulty or higher, you would earn in-game cash which you could use to buy all sorts of customisation items.

Guitar Hero II was a fantastic example of how videogames can make life experiences more accessible for all. Despite the initial cost of the guitar peripheral, the game boasted an incredibly strong setlist which was fun to play over again and again. Thanks to the Xbox 360’s online functionality, the addition of competitive play via leaderboards coupled with an unofficial movement that saw players trying to conquer the most difficult songs on the hardest difficulties at the start of the self produced content age, saw the game become something of a phenomenon.

Let us know your Guitar Hero memories – did you love the series or were you more a Rock Band player? The comments are below.

And if you want to play it now? Your best bet would be Amazon.

Get three Oddworld games on one Switch cartridge with The