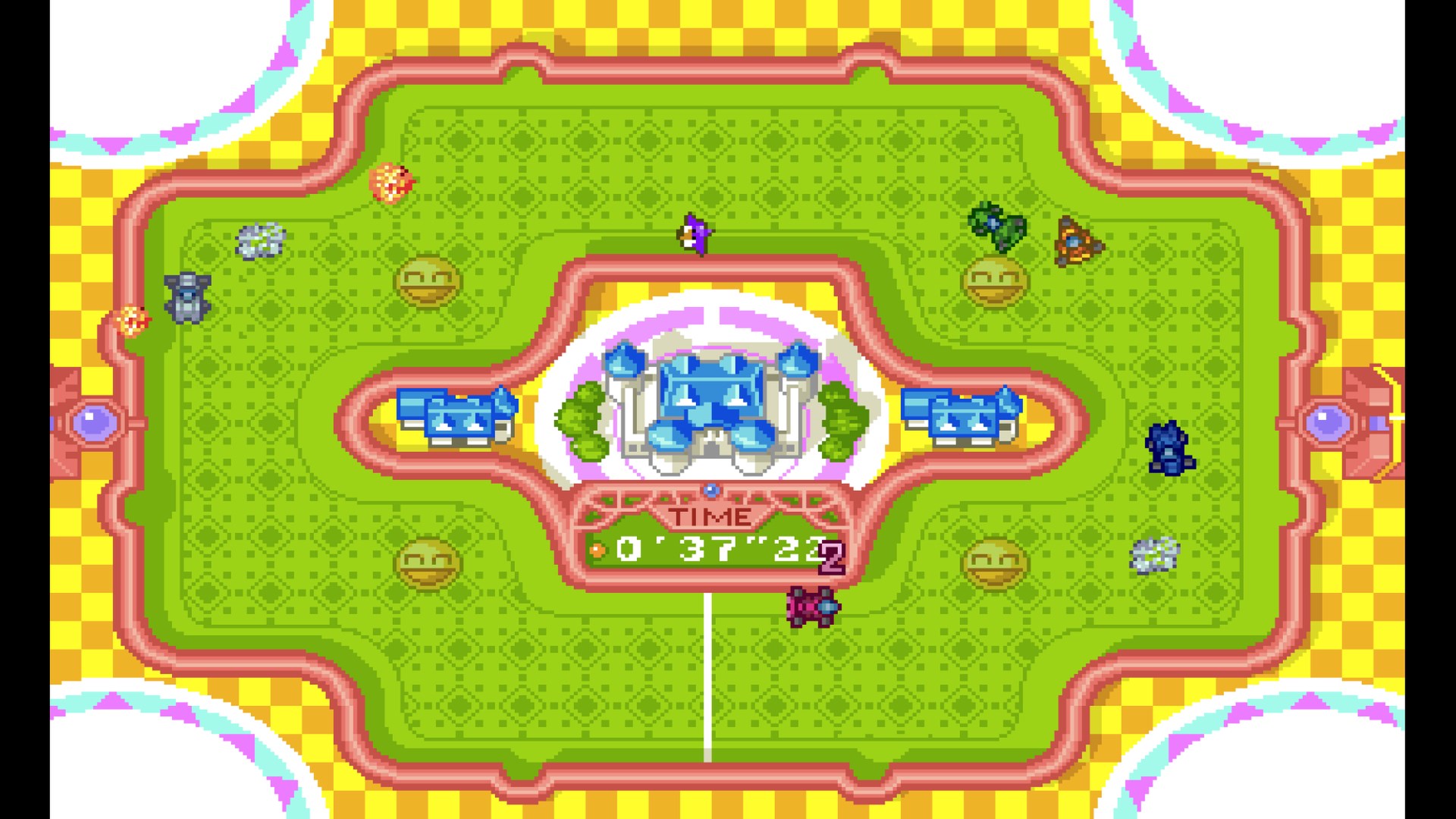 Ratalaika Games are known for porting over a variety of different visual novels and 2D platformers. Racing titles therefore would not exactly be the first genre that springs to mind when you hear their name. Especially not a classic title from yesteryear. But that is just what we have here: Moto Roader MC is out today on Xbox, Nintendo Switch and PlayStation.

Originally released in 1992 on PC, Moto Roader MC is the third game in the Moto Roader series. This re-release looks to have kept much of what was loved first time around but with some shiny 4K assets and 60fps where available.

Featuring both a single-player campaign and robust local multiplayer options, Moto Roader MC is a top-down racer very reminiscent of the era. But it isn’t just racing, a variety of minigames can be played between you and three other players. Moto Roader MC could be another great addition for those nights in with friends and a few controllers passed around the room.

It will also feature:

And of course, being a Ratalaika Games port, there will undoubtedly be easy achievements.

Available to download now, Moto Roader MC is on the Xbox Store priced at £5.99. There is a small price reduction if you are quick off the starting grid, bringing the price down to £4.79. And we will have a review coming soon to help you decide whether you should be picking this one up or not.

The iconic Moto Roader MC was first released on 1992. Full speed ahead thirty years, and this beloved title is now poised at the starting line on consoles. Play head to head against the computer or locally with a friend in multiple modes of futuristic race challenge. Choose from an array of cool cars and drivers, as well as a variety of gameplay modes. When it comes to iconic video game fun, Moto Roader MC is a time-honored first place finish.

Six Days In Fallujah publisher Victura has said that...