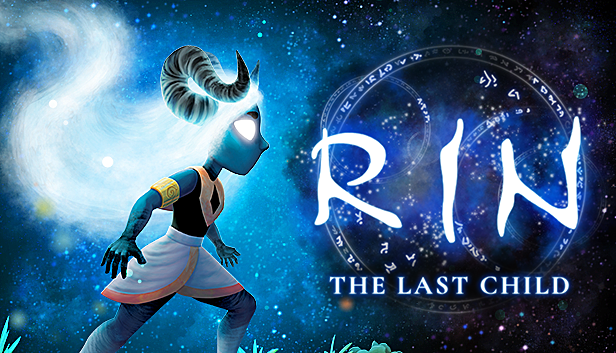 Pretty much anyone who has picked up a controller in the last couple of decades will be familiar with the Metroidvania scene; the genre is full of various options. Come 2023 though a new take will arrive, one that mixes in dark fairy tales to the usual Metroidvania stylings. That game? RIN: The Last Child.

Coming to Xbox, PlayStation, Nintendo Switch and PC in Q1 2023, RIN: The Last Child has been put together by the Polish development studio Space Fox Games, confirming that release window just as they deliver a new dev-commed gameplay trailer and Steam demo to the world.

RIN will see you diving into a magical, mystical world that has been built around creating. A game that will allow you to develop your own play style thanks to a complex spell-crafting system, deciding if free will is a blessing or a curse, there is looking like this will deliver in terms of intrigue.

Sold as a dark Metroidvania fairy tale that cleverly combines exploration and crafting, RIN: The Last Child will provide a complex system of creating and enchanting spells, ensuring that no playthrough is ever the same. It has you playing as RIN – a demigoddess capable of obtaining the power of aspects to fuel and develop her magic – as you look to explore vast mythical lands, and uncover secrets hidden behind the Aspects of Magic. Rekindling your mythical powers, and embarking on a journey to save the world, just seems to stick the icing on the cake.

The key features you’ll want to be aware of in RIN: The Last Child include…

And the plot behind RIN:

A mythical world once perfect, now destabilized, and filled with dangerous creatures. Your brothers and sisters sent to save it before you. All failed. The Teller – the once mighty creator, now weak and unable to act after sharing all his magical powers with his children. And in the middle of it all, you – RIN – The Last Child. You are the last hope of your father and the world around you, which plunges deeper into chaos. However, unlike other heroic protagonists, you were sent on this quest without any powers other than free will. Or maybe you have the greatest power of all? The future will tell, as the answer lies at the end of your journey in pursuit of freedom, truth, and the right to be your own person.

Check out the video below, give the Steam demo a shot, wishlisting it as you go if you like. We’ll be sure to bring you more as Space Fox Games allow it. Just get ready to keep an eye out for this one as it hits Xbox, PlayStation, Nintendo Switch and PC in Q1 2023.

When they're actually worth sitting through. For more awesome content, check out: http://whatculture.com/gaming Catch us on Facebook at: https://www.facebook.com/whatculturegaming...
PC

Image: The Pokémon Company / NintendoPokémon fans have, rather expectedly, been quite divided on the upcoming mainline titles...
News

A cult classic piece of Kirby media is getting some renewed attention. The 2001 anime Kirby: Right Back At Ya is getting...

When they're actually worth sitting through. For more awesome content,...

Pretty much anyone who has picked...

There is an unnecessary stigma thrown...

As Dusk Falls is an original interactive drama...

Nvidia’s new GPU is so chonk its interconnect is almost