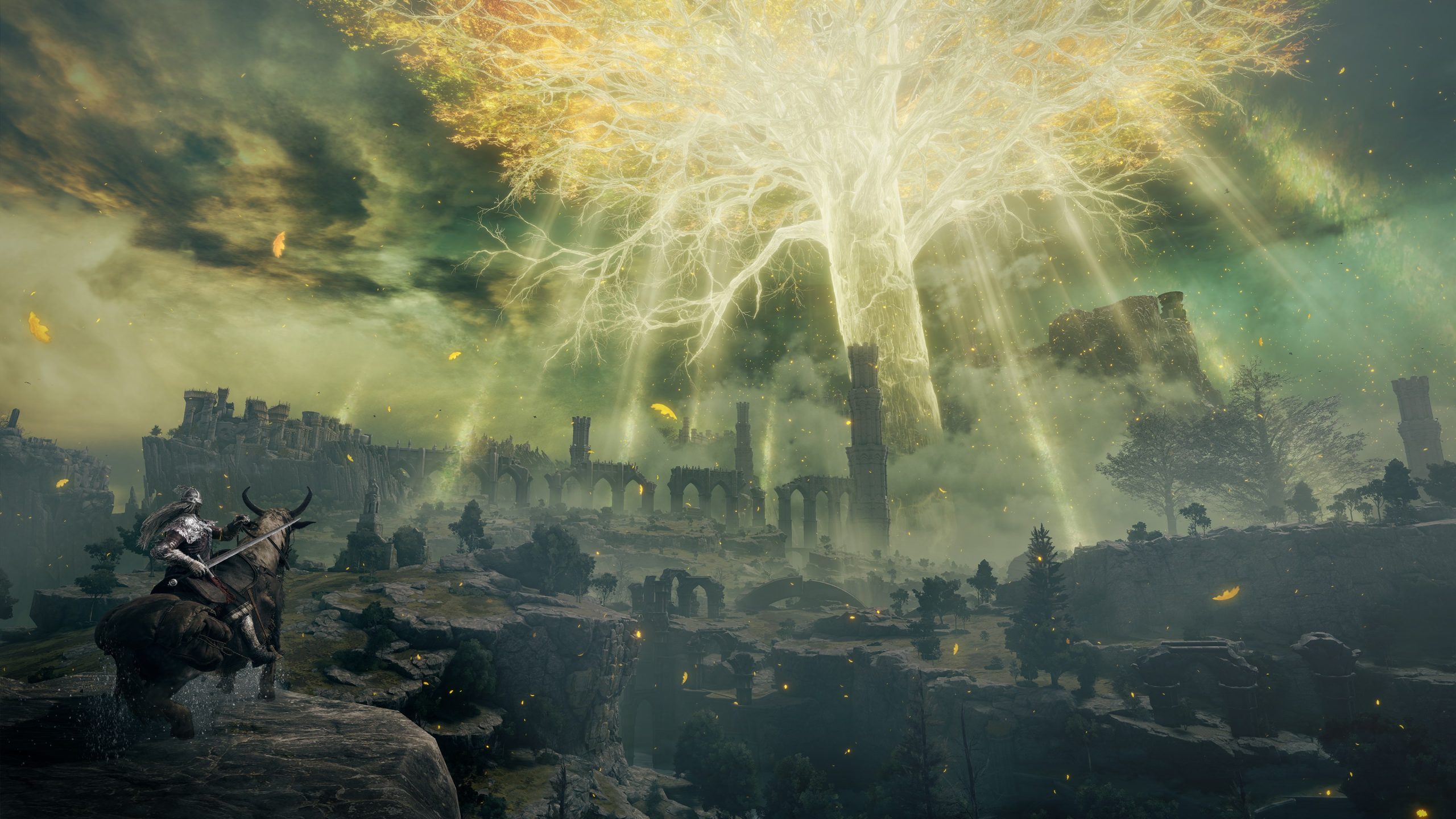 One Ring to rule them all, One Ring to find them, One Ring to bring them all and in the darkness bind them. Ooops, sorry, get my rings mixed up. But here is a game that needs no introduction at all. Patience has been wavering at times, but the wait is finally over. Rise, Tarnished: Elden Ring is out now on Xbox, PlayStation and PC.

From FromSoftware, the makers of Dark Souls, Bloodborne, Sekiro: Shadows Die Twice, and precursor to all those hard copycat Souls-like games comes Elden Ring. The new fantasy action RPG borne into this world from the brains of Hidetaka Miyazaki and George R. R. Martin.

Your mission is simple: gain the power of the Elden Ring and become an Elden Lord. How you go about this though is up to you. Create your character, choose your starting class and make your mark on this gorgeous open-world environment.

If you have been living under a rock for the past few years though, here is the recently released overview trailer to give you a taste of Elden Ring:

In true FromSoftware style though don’t expect Elden Ring to hold your hand. Once you are unleashed on this world it is yours to shape. Choose your path, weapons and armour and head for the horizon. There will be enemies aplenty trying to stop you, along with some of the toughest bosses yet encountered from the Japanese studio.

There are a couple of options for how you wish to purchase Elden Ring. Available on the Xbox Store now is the Elden Ring standard edition priced at £49.99. There is also the Deluxe Edition priced at £64.99. This comes with the Digital Artbook and Soundtrack to enjoy at your leisure.

Picking this one up? We have sent our very best Dark Souls player on a quest to the Lands Between and will have a review for you coming very soon.

THE NEW FANTASY ACTION RPG. Rise, Tarnished, and be guided by grace to brandish the power of the Elden Ring and become an Elden Lord in the Lands Between. • A Vast World Full of Excitement A vast world where open fields with a variety of situations and huge dungeons with complex and three-dimensional designs are seamlessly connected. As you explore, the joy of discovering unknown and overwhelming threats await you, leading to a high sense of accomplishment. • Create your Own Character In addition to customizing the appearance of your character, you can freely combine the weapons, armor, and magic that you equip. You can develop your character according to your play style, such as increasing your muscle strength to become a strong warrior, or mastering magic. • An Epic Drama Born from a Myth A multilayered story told in fragments. An epic drama in which the various thoughts of the characters intersect in the Lands Between. • Unique Online Play that Loosely Connects You to Others In addition to multiplayer, where you can directly connect with other players and travel together, the game supports a unique asynchronous online element that allows you to feel the presence of others.