School’s out, summer break is in full swing, and it’s time to get your game on!

The Secret Neighbor team is excited to bring you a brand new batch of midsummer hijinks with The Paranormal Amusement Park Update. Featuring a new Neighbor class, map, graphical updates, emotes, hidden treasures, and more! Here’s everything you need to know about it.

Welcome to the multiplayer horror game set in the Hello Neighbor universe. You are a member of the Neighborhood Rescue Squad, a group of kids who will stop at nothing to rescue their friend Nicky Roth from their Neighbor’s creepy clutches. However, no heist is without danger, as one of your trusted team is the Neighbor in disguise.

Do You Think They Have Funnel Cake?

Now that the weather has taken a welcomed turn to the warmer side, staying indoors can start to feel a bit stuffy. So let’s take a trip outside the Neighborhood and explore the now (in)famous abandoned Golden Apple Amusement Park in a brand new map.

The new Amusement Park map sports a large, mostly open-air environment. Due to this, it’s vastly different from all previous maps in both looks and layout from what you may have experienced before. You should also keep an extra sharp eye out because this map is also the first to feature a 4th keycard and matching door. Aside from layout and location, this map sports a few other new attributes as well.

In a nod to the original Hello Neighbor, tomato plants will make their debut in map 5, The Golden Apple Amusement Park! Snag one in passing and hurl it into the eyes of your attacker to thwart their advance. Or maybe you lost your flashlight or needed a last-minute powerup. New vending machines could give you an edge over your enemy when you need it most…for a price.

The Neighbor is Going Ghost!

As if the park wasn’t scary enough on its own at night, recently there have been reports of paranormal activity spotted in the area. Could it be the Neighbor’s doing? Only one way to find out! Keep a keen eye out for flickering lights and glowing blue ectoplasm and if you feel a chill go up your spine, it’s time to run.

Introducing: The Ghost Neighbor! His abilities include a spectral ghost transformation capable of flight and phasing through walls, and an ultimate ability that can temporarily disable every light within close proximity. This phantom menace has a weakness to light as it prevents changing back into his more corporeal form to grab you, so it’s now more important than ever to keep your trusty flashlight on you at all times. Light switches have also been added to every map to help players stay out of his cursed grasp.

Not All Treasures Are Silver and Gold

You may have noted a few new areas available from the lobby screen. If you’re new to the Neighborhood, or just feeling a bit rusty you can brush up on the basics with the brand new Tutorial Rooms. Get a hands-on overview of in-game items and how to use them or play through a brief single-player tutorial with character-specific challenges that let you learn a new class on the fly. Don’t forget to check out the abilities of the new Ghost Neighbor class before starting a match!

The Treasure room lets you earn and display mementos obtained by participating in special team-based in-game events. We won’t give up all our secrets but there are currently four hidden events available, the newest of which involves a ghastly incident buried right in the amusement park. To get to the bottom of it you’ll need to scour every nook and cranny across multiple maps. Solving this mystery will take the whole Neighborhood Rescue Squad and maybe even some help from an…unlikely source? If you find yourself short of team members to take on this new challenge, check out our Discord to meet friends and match-make!

No update would be complete without spiffy new skins. The circus may have shut its doors but you may still see lions in the big top, so stop by the shop to see the latest offerings! While you’re there, check out the new Emotion section and snag one of three new Neighbor Emotes to inflict a little psychological damage on your foes.

You’re now well-equipped and ready to take on anything this new update can throw at you. We hope you enjoy your visit to the Amusement Park and may your flashlight batteries last well into the wee hours of the morning, now get out there and show that you ain’t afraid of no ghost! 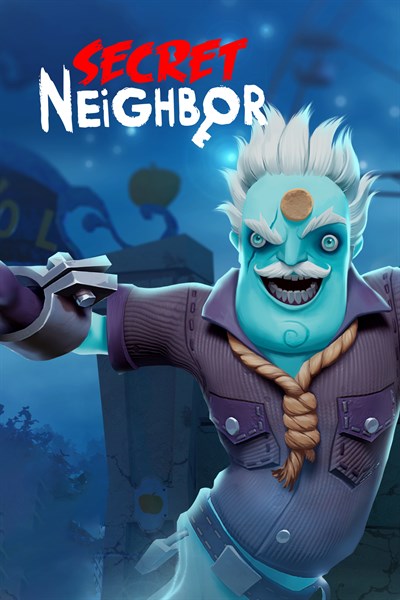 A group of kids are trying to break into their suspicious Neighbor’s basement to rescue their missing friend. Only problem is that one of the kids is a traitor – a Secret Neighbor in disguise. His job is to gain the trust of other players and betray them. Kids win if they get into the basement. Playing as a child: – Collect keys – Save you friends from the Neighbor – Cooperate but don`t trust anyone If you are lucky enough to play as Neighbor: – The house is your territory! Use it to separate, scare and confuse intruders. – Use your gadgets to get advantage over the kids’ team. – Gain trust amongst your foes and attack in the right moment. – Protect your basement!

Insomniac Games has revealed that its Marvel's Spider-Man games have sold over 33 million copies worldwide as of...
XBox

Microsoft's console had its share of memorable missteps, but...

Tapping into 80s nostalgia and drawing...

It isn't the first would-be WoW killer to challenge...

Face off Against the Dark Knights in DC Universe Online

Suffering descends on the Multiverse in DC Universe Online’s...

The House of the Dead: Remake is coming to...