When I think back… the strongest emotions from my childhood are connected to friends. Playing ball in the park. All of us running away after we broke yet another window. You know, teamwork, basically. All for one. And those endless hours of gaming.

Ah, the gaming memories are among the brightest. Anyone remember split-screen co-op or playing online with your friend? Your mom shouting to get off the line because she had to use the phone to make a call? Long gone are those days, it would seem. Or are they?

Not the internet part (thank Marvius we got that solved), but the gaming. Turns out we’re in luck, because The Last Oricru is bringing that feeling back. That thrill of slicing and dicing your way through enemy hordes with a buddy at your side. Winning together… or failing dramatically. But doing it together.

What the heck am I talking about? Let’s start from the beginning. The Last Oricru is an action RPG set on the sci-fi medieval planet of Wardenia. Yes, sci-fi and medieval. You have to see the fusion of themes in this world to believe it. In a word: brilliant.

Continuing. In the game you take on the role of Silver, human survivor of a shipwreck on the aforementioned planet, trying to find your way off. Kind of like E.T. — in a way. Only instead of a glowing finger and the power to make bikes go crazy airborne, you have a glowing belt that reincarnates you when you die — and you get to wield way more badass stuff than a finger. Let’s just say combat on Wardenia won’t disappoint even your most epic impulses.

Bad news, though. All the factions on Wardenia are more than up to the task of kicking your butt. Which is where a friend comes in handy. More on that in a minute, but the thing to know is that Wardenia is at war (surprised?) and those different factions are fighting for no less than world domination. It’s no wonder, then, that everyone’s trying to win you over to their cause. Which means the fate of Wardenia comes down to the decisions you make. No pressure.

So, I started this post on the angle of playing with friends. The Last Oricru is designed as a single-player experience, it’s true, but elements of the game are intended specifically to make co-op gameplay so much more enjoyable. At any moment in the game you can call a friend in local co-op, or at any terminal (save place in the game) you can start online co-op. Enlist them to help you on your adventure — in either offline or online split-screen co-op. Cool, right?

As the main player you still make all the decisions and push the story forward, but you can take your friend/loved one/kid on this journey with you. You can take with you even someone who wouldn’t play the game alone and this way allow him to enjoy the story with you. A few quick game-specific notes: your experience pool and inventory are shared to ensure that you can immediately jump into action. Also, certain special weapons in the game only work in co-op — like the wonderful lightning chain attacks. Don’t get me wrong, you can always use them directly against your enemy in single-player, but in co-op you can work with your faithful sidekick to create a link between the two of you to properly BBQ whoever gets caught between. Can you tell I’m excited for this game?

One playthrough can take you a few evenings. This playtime is perfect to allow multiple playthroughs to completely reveal the entirety of the plot. Oh, and don’t get fooled by the different factions. All of them are kind of bad, each with their own agenda, but it’s up to you to choose, and your decisions do matter. Trust me on that. The good thing is you can’t get stuck, or even make a mistake, really. In other words there are no “wrong” decisions. At worst they’re only “happy little accidents,” as one beloved painter once said…

Still here? What are you waiting for? Call a friend and get ready to embark on an adventure you won’t soon forget. Laugh, cry, change the world. You know, the usual. And be sure to send a postcard from the lovely getaway paradise world of Wardenia. The Ratvolution is waiting!

The Last Oricru is available now on the Xbox Store for Xbox Series X|S. 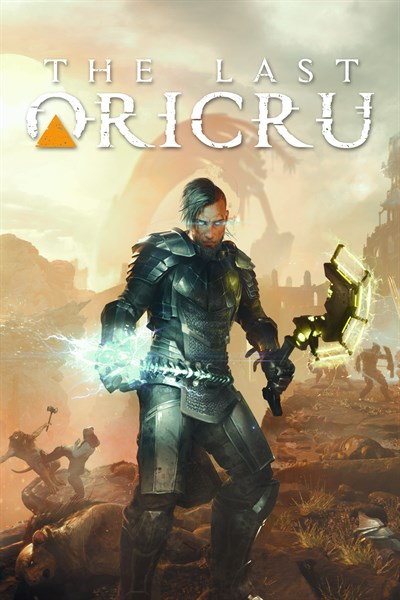 The Last Oricru is a story-driven action RPG, that puts you in the middle of an ongoing conflict between two races, on a partly terraformed planet, isolated from outer space by a protective barrier. Your decisions will bring interesting twists into the gameplay, as you can heavily influence the conflict and its outcome. You will experience hundreds of intense fights in a brutal medieval meets sci-fi world, where every decision has its consequences. Level up your hero, improve your skills before facing one of many boss fights and get ready for an unprecedented amount of possibilities. Face your enemies alone or with a friend in split-screen- or online coop.

I've got every answer for every Wordle, as well as a selection of useful hints and thoughtful guides...
Nintendo

Toho, the company behind the upcoming Spy x Family musical, has revealed the cast members that will play Loid...

Take a look at the trailer highlighting PlayStation 4...

I've got every answer for every Wordle, as well...

Here we go again: I can’t wait until Overwatch 2

I cannot wait for the people who have just...

It is important to keep in mind what is...

The Nerd takes a look at a variety of...

Final Fantasy VII Remake Intergrade: What Comes in Each Edition

Everything you need to know to preorder Final Fantasy...

This Saturday, July 9, the Rain Nightclub will host...

Celebrate the 20th Anniversary of Naruto with Konohamaru in Shinobi

Players’ Choice: The Last of Us Part I voted September’s