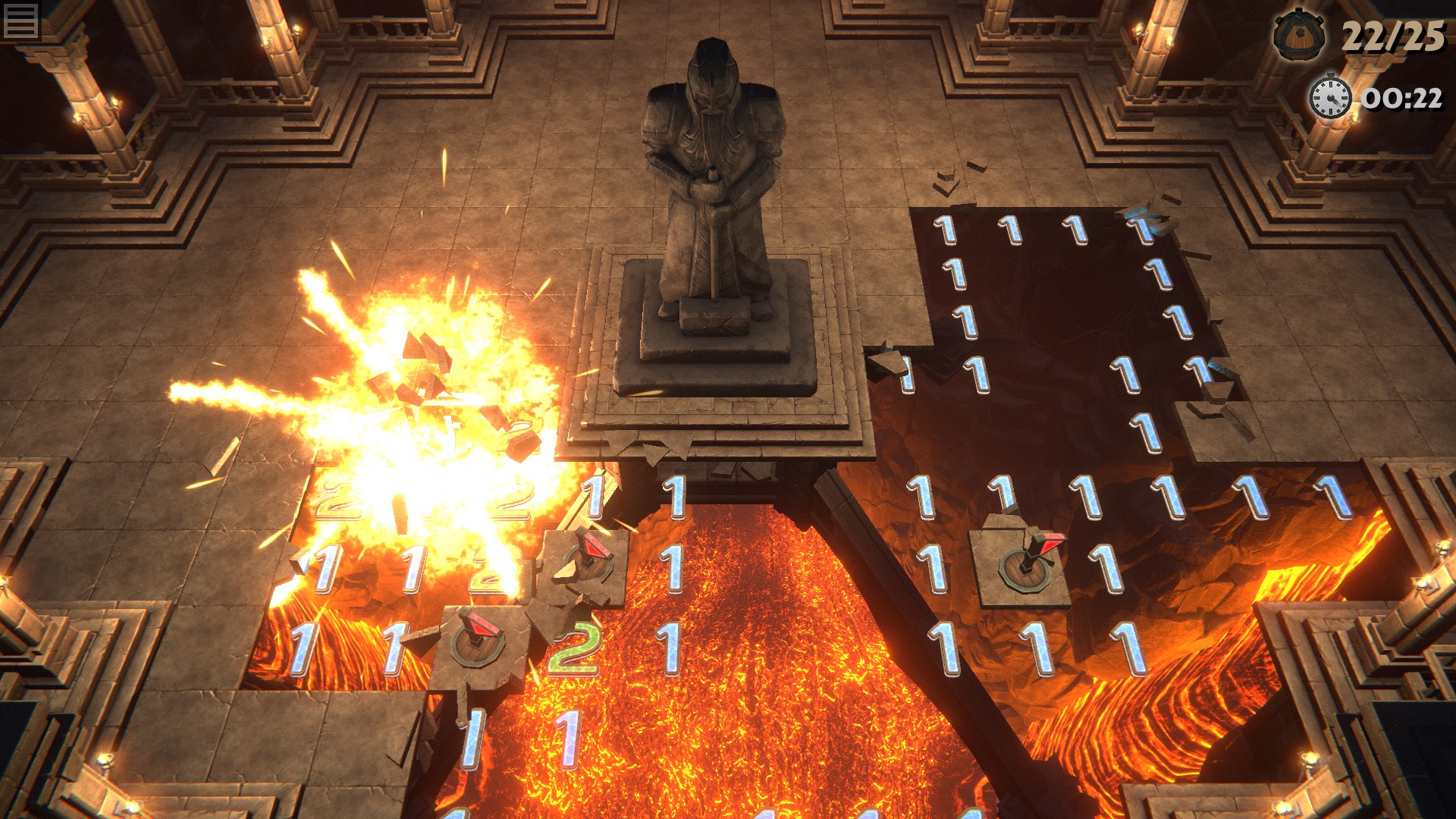 Even though it’s an old classic that pretty much everyone has played, there aren’t too many Minesweeper clones available to play on Xbox. Tilesweeper looks to fix that problem.

Priced at £6.19, Tilesweeper has been put together by the IEVO team, pushed out previously to Steam where it’s picked up some decent acclaim, albeit in small numbers. With this move to the Xbox world, playable on Xbox One and Xbox Series X|S, Tilesweeper should now get the opportunity to create an explosion or two.

We probably don’t need to tell you how Tilesweeper works, after all, this is about as close as you’re likely to get to a Minesweeper clone; hit tiles, flag things up, job is a good ‘un. Where this differs though is in the visuals. Highly stylised with 3D graphics, the old flat Minesweeper days will be long forgotten with this one, as you get the opportunity to take in a Castle setting, with promised further themes dropping in at a later time.

There are a couple of different game modes as well – Classical and Arcade – whilst 9×9, 16×16 and 16×30 levels play out. Don’t expect some standard squares and rectangles in the Arcade though, IEVO are mixing this one up to keep it fresh.

If you want to know more, make sure you hit up our full review of Tilesweeper on Xbox Series X|S.

The trailer below will give you a little more insight into how Tilesweeper plays out. If you’re sold, hit up the Xbox Store and play it on Xbox One and Xbox Series X|S for £6.19. It’s on Steam too if you prefer the PC landscape – considerably cheaper at a mere £3.19.

Tilesweeper is a well-known game Minesweeper, but with stunning graphics. The game provides various themes for the levels. Currently in the game available one theme – Castle, later new themes will be available as DLC. In each theme there are two types of levels – classical and arcade. Classic levels are the usual levels of the classic Minesweeper: 9×9, 16×16 and 30×16, but in the design of the chosen theme. Arcade levels are levels of non-standard shapes and sizes.

The latest Digital Foundry Direct Weekly has just been posted! This extended show is our chance to sit...
XBox

Even though it’s an old classic that pretty much everyone has played, there aren’t too...
Trailers

Does Anniversary make a second deployment onto Installation 04 worth the while? See more Halo: Combat Evolved Anniversary at...
Playstation

Despite a lukewarm critical reception (though we liked it), Saints Row has surged to the top of the...

SummaryKojima Productions and 505 Games are incredibly excited to...

Welcome to Next Week on Xbox!...

Not so long ago, just having a steering wheel...

God of War Director Explains Why There Will Only Be

God of War director Cory Barlog has opened up...

I'm going to be doing full game walkthroughs for...