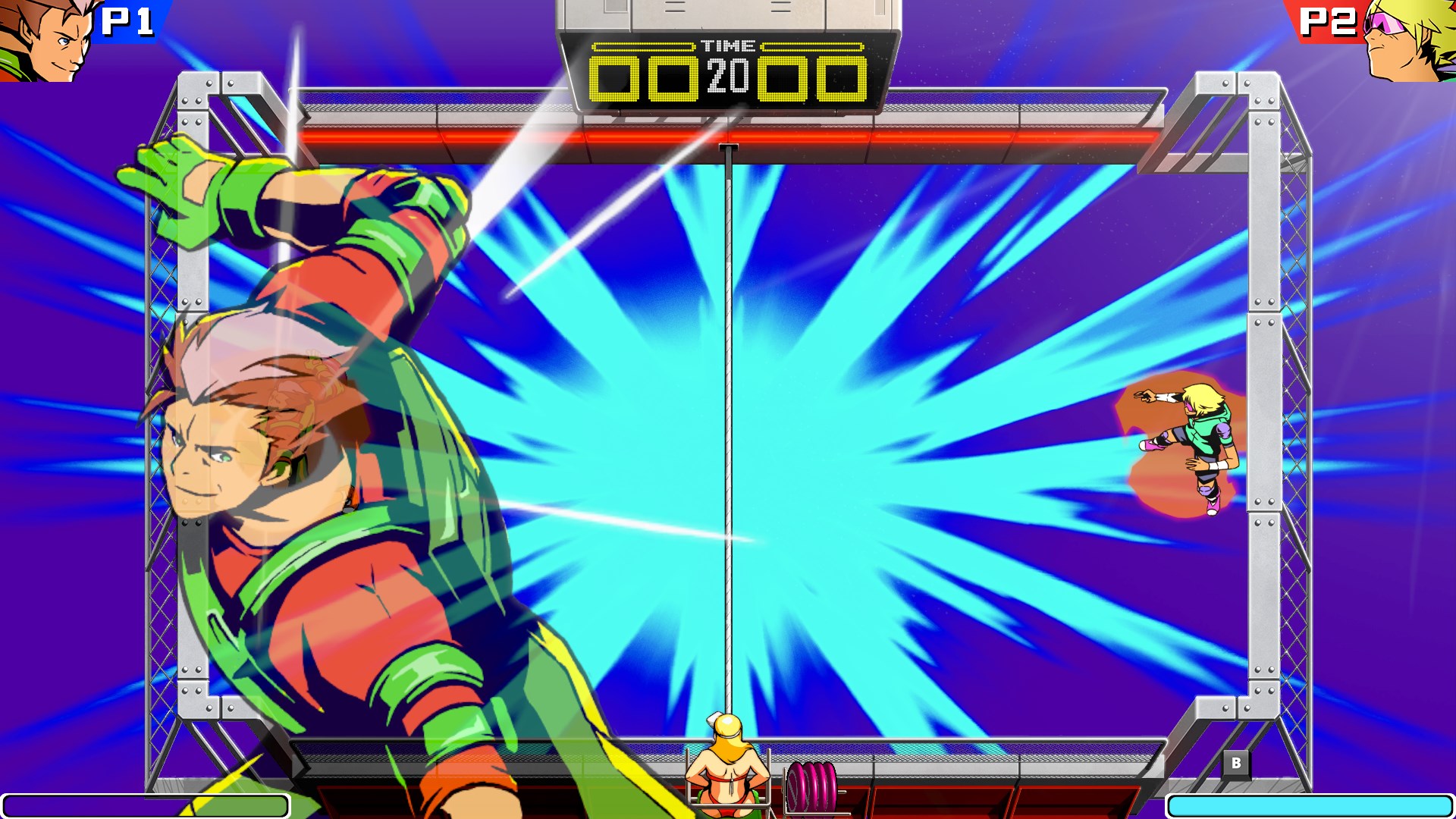 When a game is so simple to start playing, so difficult to master, and almost impossible to put down, you know you are onto a winner. Just look at the likes of Rocket League and you see what I mean. Now developers Dotemu – of Streets of Rage 4 fame – are looking to replicate that winning formula by bringing back a cult classic from 1994 – Windjammers!

Windjammers 2 is a re-invented version of the original to hit the Neo Geo console way back when, and is now available on a whole host of consoles – Xbox Series X|S, Xbox One, PS5, PS4, PC, Switch and Stadia. Luckily enough for us Xbox gamers, it has also launched onto Xbox Game Pass.

If you are unfamiliar with Windjammers, then think of an over-the-top mish-mash of volleyball, air hockey and tennis played by wacky characters with equally wacky special moves. Played on a 2D plane between two players, you must bat a large disc back and forth until the disc becomes too fast and powerful for the opponent to react fast enough to return it. Squeeze the disc past your enemy, and you will be awarded either 3 or 5 points, dependent on where the disc lands.

As well as the actual strategy when you are in the match, choosing from one of the ten available athletes is also a key decision. Each has a certain level of Speed and Power attributed to their playstyle, as well as special power moves, so getting this balance to fit in with your own preferred playstyle is a must, especially if you want to take on others in local or online multiplayer.

Finally, if you just need a break from the stresses of high-speed Windjamming, then there are two unlockable minigames that take a more relaxed route – Bowling and Dog Distance, the latter of which adorably has a dog chasing down your disc.

A more complete list of features for Windjammers 2 can be found below:

If you happen to be the type of gamer that lives for working your way up the ranks and becoming the master of your craft, then Windjammers 2 really is the one for you. Having a couple mates round? The local PvP mode will absolutely cater for some quick fun also. Windjammers 2 is now available for Xbox Series X|S, Xbox One, PS5, PS4, PC, Switch and Google Stadia. For Xbox, head on over to the Xbox Store where you can pick up a copy for £16.74 – unless you’re using Game Pass free love.

Our full review is on the horizon.

The best flying disc game of all time is back! With amazing hand-drawn graphics, crazy new moves, gameplay mechanics and awesome new characters and stages, Windjammers 2 is the sequel you’ve been dreaming of. 25 years later, throwing flying discs at your opponents is still as cool as back in the days. Sequel to the NEOGEO cult classic Windjammers, Windjammers 2 is the perfect mix between what you loved about the classic title and brand-new mechanics. Fast-paced, strategic, easy to learn but hard to master: Windjammers 2 follows the steps of the first episode and brings back what makes the Windjammers series an amazing fun and competitive game!

Here are all the free games you can grab right

There are lot of free games floating around there...